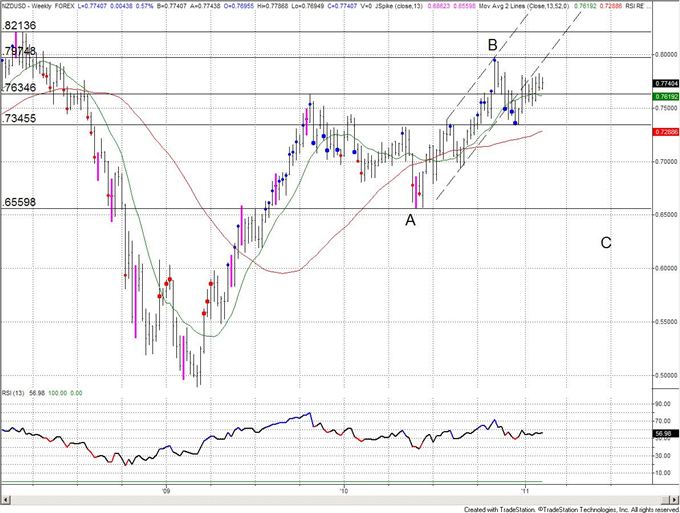 The NZDUSD has diverged from the AUDUSD, remaining below its November 2010 high for several months now. These divergences have indicated significant turns in the past. From an Elliott perspective, the NZDUSD may have completed wave B of a flat in late 2010. 5 waves down are visible from 7975 so the probability is increased that wave C down is underway. A break below 7342 is needed to confirm that the B wave high is in place and that the NZDUSD is headed for an eventual break below 6560. 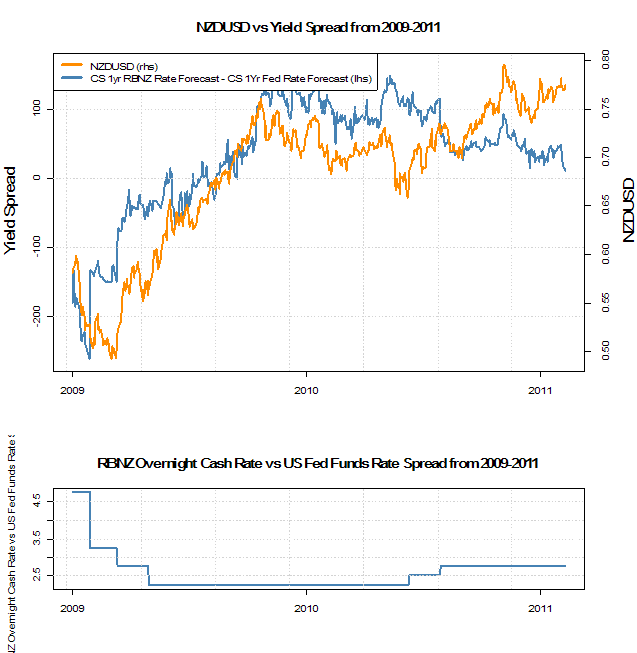 An important correction in Reserve Bank of New Zealand interest rate forecasts has had surprisingly little effect on the NZDUSD pair, placing lower significance on yield expectations going forward. The New Zealand Dollar continues to enjoy the second-highest short-term deposit rates of any G10 currency, while its US namesake is third-to-last within the same group on near-zero percent yields. It would likely take a substantive shift in either RBNZ or Fed expectations to elicit a strong reaction in the NZDUSD pair. Instead, the NZD continues to benefit from strong rallies in key commodity markets and similarly robust financial market risk sentiment. 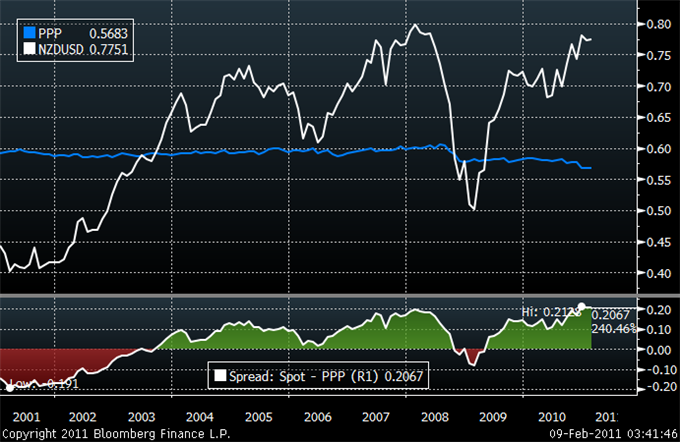 The Kiwi dollar pushed deeper into overvalued territory in January, with prices now 26.7 percent above their PPP-implied fair exchange rate. As with its Australian counterpart, the outlook for interest rates merits the most consideration for the high yielder. Rate hike have been heading lower recently, pressured by a dovish RBNZ policy announcement and a suggestion from the Finance Minister that the economy may have entered recession if it shrank again in the fourth quarter. This seems likely to continue as leading economic data begins to deteriorate, hinting the greenback may have an opportunity to close some of the extreme valuation disparity currently in palce.