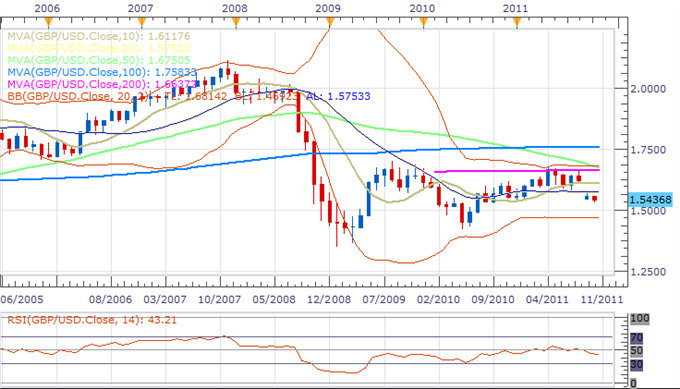 The longer-term chart shows the market locked in a broader consolidation largely defined between the 1.4000-1.7000 area. The latest failure by 1.7000 has opened some renewed selling pressure, and we look for additional weakness over the coming weeks back below 1.5000 and towards the internal range lows by 1.4000. Any rallies should therefore be well capped ahead of 1.6000. 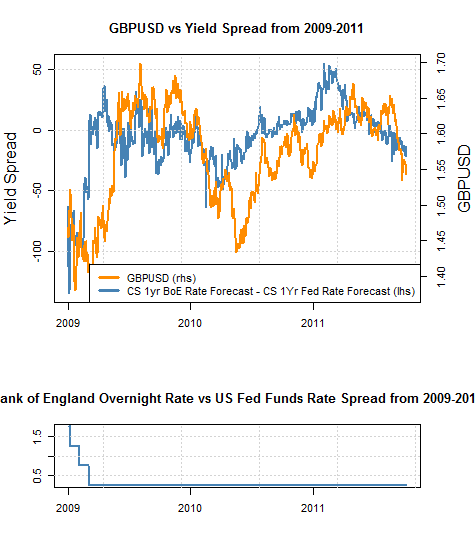 A steady downtrend in Bank of England interest rate forecasts has coincided with similar weakness in the GBPUSD. The key question remains whether there really is further scope for any real interest rate cuts from the British central bank. Interest rates stand at all-time lows of 0.50 percent, and we question the bank’s resolve to cut them any further.

The next likely action from the BOE is to expand asset purchase programs, but stubbornly high inflation may prevent officials from getting especially aggressive with the next wave of monetary easing.

Rate forecasts have fallen to the point that we believe it may take a significant deterioration in UK economic conditions and relative stability in the US economy to produce further yield-driven GBPUSD declines. 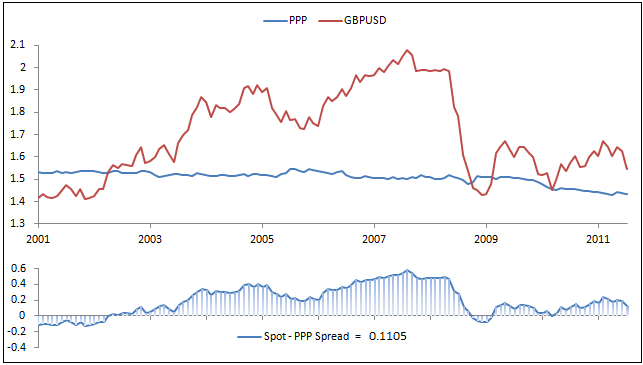 While the Pound’s overvaluation is mild in percentage terms at just 7.2 percent, making the currency the least expensive relative to its PPP-implied exchange rate versus the US Dollar among the majors, traders still have a compelling gap of over 1,000 pips left to exploit. The case for continued selling is now all the more compelling after the Bank of England rebooted its quantitative easing program with 75 billion pounds in additional asset purchases to be completed over the next four months. Indeed, besides the inherent downward pressure on Sterling from the added purchases’ creation of liquidity, the BOE’s move also works against the UK currency’s appeal as an alternative to the Euro in place of the Franc, eroding its store-of-value appeal the same way that the SNB did for the Swiss unit.