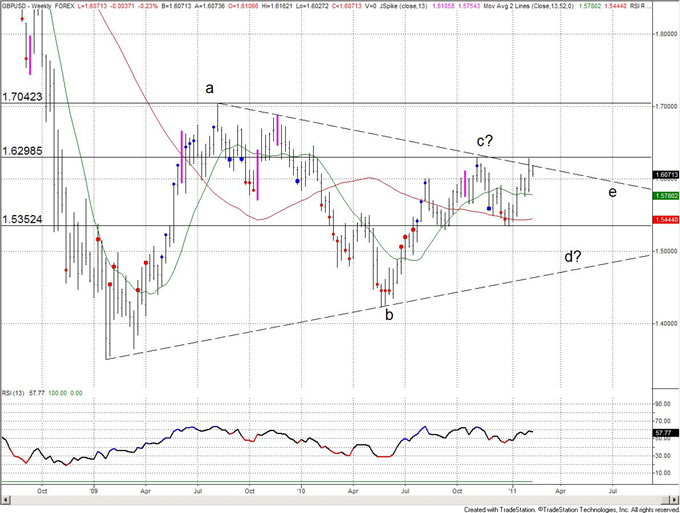 The GBPUSD continues to hold up much better than the EURUSD and a push above 16299 cannot be ruled out (although a recent key daily reversal makes a new high less likely). In such an event, resistance would be 16457. The triangle pattern (from January 2009 low) should result in weakness towards 14780 (wave D) in the months ahead regardless if that decline begins now or from above 16299. The lower triangle line intersects with 14780 in April. 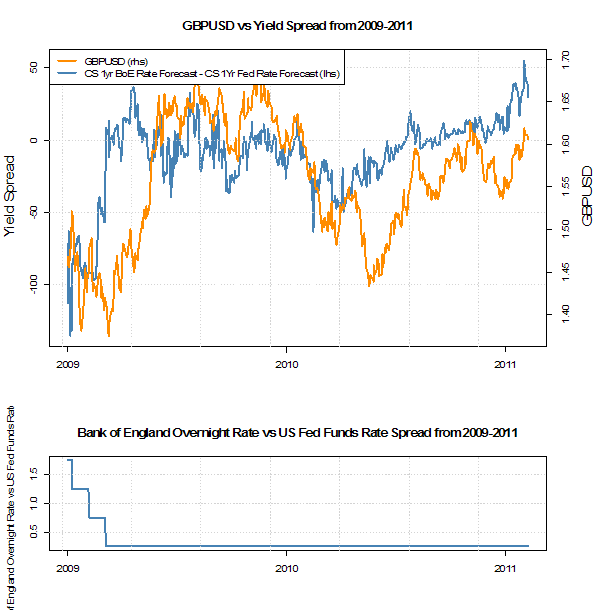 The British Pound/US Dollar pair has tracked Bank of England and US Federal Reserve interest rate forecasts with reasonable accuracy, leaving focus squarely on the upcoming BoE interest rate decision and its effects on yield expectations. The UK central bank continues to grapple with stubbornly high price inflation, and growing political pressure suggests that the bank may look to normalize monetary policy sooner than had been expected. Unlike the US Federal Reserve, the BoE has a single mandate—keep medium-term inflation at 2.0 percent. Recent CPI readings have been well in excess of said target, and it will be critical to watch how markets react to the post-BoE rate decision statement.

Thus far we have seen two Monetary Policy Committee (MPC) members vote in favor of a rate hike, but BoE Governor Mervyn King remains steadfastly against any such move. It seems unlikely that the hawkish minority will convince a sufficient number of colleagues to vote against King through the upcoming meeting. Yet shifts in rhetoric could have large effect on rate forecasts and on the British Pound itself. 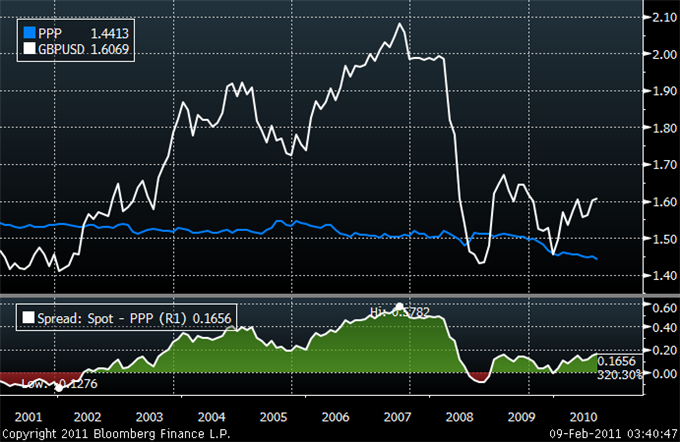 The Pound remains the least overvalued major currency against the Dollar, but spot now trades at the largest premium to the PPP-implied exchange rate in a year. The disparity may grow further still until a meaningful correction is at hand, with the Bank of England increasingly under pressure to address stubbornly rising inflation. Still, US growth is expected to outpace that of the UK by a hefty 1.15 percent over the next two years, suggesting the UK – US yield spread is likely to narrow in the greenback’s favor and hinting that any near- to medium-term rally ought to be treated as a selling opportunity.