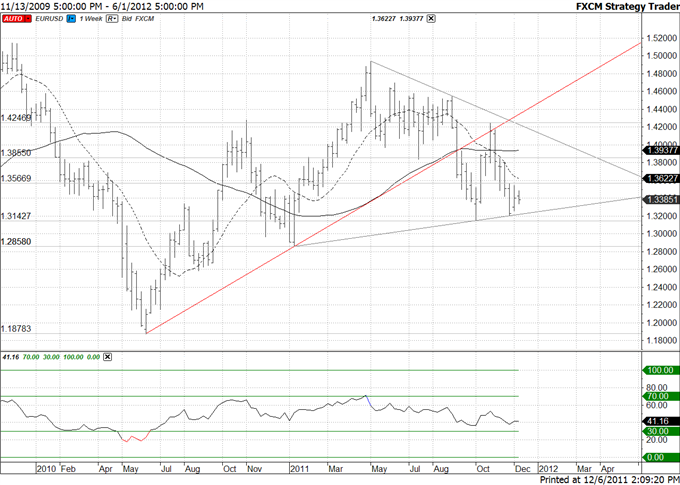 While a head and shoulders top may be forming from the November 2010 top, don’t be surprised to see the EURUSD hold up for at least another month. Recent COT data shows that commercials are long a record number of contracts and non commercials (large speculators) are nearly as short as they were at the 2010 bottom. One would expect positioning to moderate before a true breakdown occurs. Resistance this month is 13565 and 13855. The obvious 13150 is support with a break exposing 12850 (January and 2011 low). 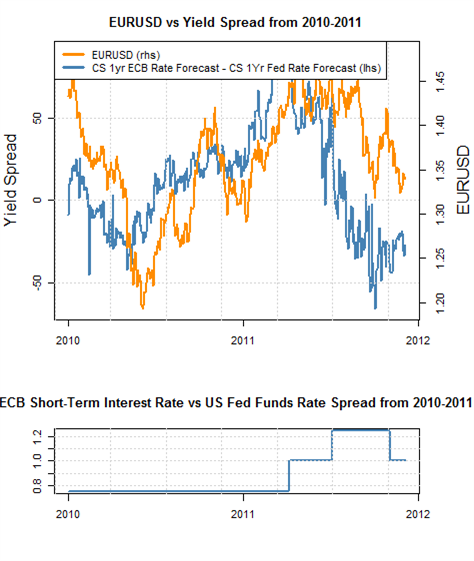 Analysts predict that the European Central Bank will cut interest rates by a modest 22 basis points in the coming 12 months, while the US Federal Reserve will leave interest rates unchanged. Relatively neutral yield expectations give little reason to call for significant EURUSD declines. Yet to focus on interest rates alone misses the real driver of recent EURUSD volatility: European fiscal crises.

It seems as though European governments are on the cusp of announcing the next significant breakthrough in fiscal bailouts. Yet we’ve all heard this story before, and the real truth is that substantial changes remain difficult.

We remain overall bearish the Euro against the US Dollar from a fundamental standpoint. Yet shorter-term sentiment analysis suggests that the EURUSD could rally through December before falling further in the New Year. 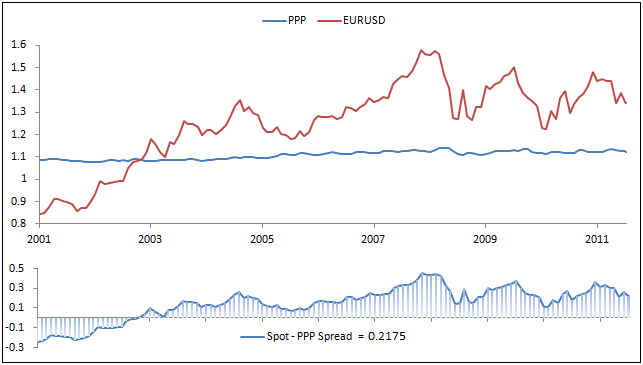 The Euro remains significantly overvalued against the US Dollar, trading 2175 pips or 16.23 percent above its PPP-implied fair exchange rate. The greenback’s primacy as a safe haven as investors turn away the intervention-hindered Japanese Yen and Swiss Franc calls for a deeper correction of the value gap ahead as the Eurozone debt crisis continues to weigh on market-wide risk appetite. Importantly, even if the currency bloc’s policymakers finally craft a functional scheme to relieve sovereign stress – most likely along the lines of an idea floated by newly-minted ECB President Mario Draghi that proposes following a credible plan for deeper fiscal integration with an expanded bond-buying program from the central bank to reign in borrowing costs – the Euro is likely to suffer nonetheless. Indeed, austerity measures are weighing heavily on growth, meaning the ECB is likely to continue cutting interest rates. Any QE-style program that emerges as part of the debt crisis relief deal would naturally reinforce this trajectory.