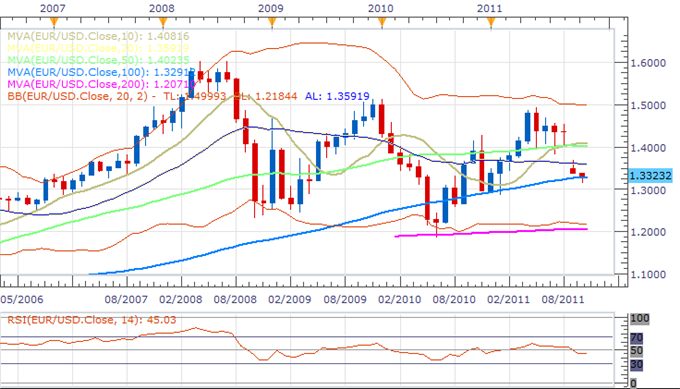 The market is in the process of carving out a major lower top below 1.5000 with fresh downside projected over the coming weeks and months back towards the 1.2000 area. In the interim, any rallies should be well capped ahead of 1.4000, while back below 1.3000 will accelerate declines. 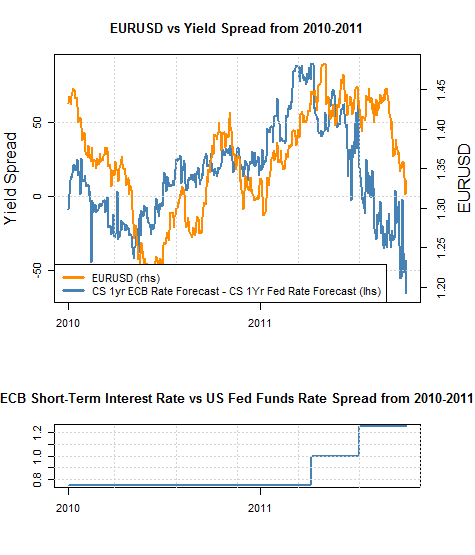 The spread between Euro and US Dollar interest rate expectations has collapsed through recent trade, pulling the EURUSD lower in kind and warning of further weakness. Traders are increasingly pricing in that the European Central Bank will cut interest rates in a bid to soothe financial markets. Yet we wonder how much further interest rate forecasts could drop, and indeed there is considerable risk that markets may have overshot the recent EURUSD down-move.

Euro Zone CPI has steadily trended higher through 2011 and currently stands above ECB targets of 2.0 percent. Traders widely believe that the uptrend is transitory and price pressures are likely to moderate through 2012. Yet the ECB isn’t going to cut rates aggressively until they see evidence of drops in inflation.

The net result is that the EURUSD could stand to see a short-term bounce as traders re-asses interest rate forecasts. It would take a substantial deterioration in European economic data to cause further downgrades to ECB rate expectations. 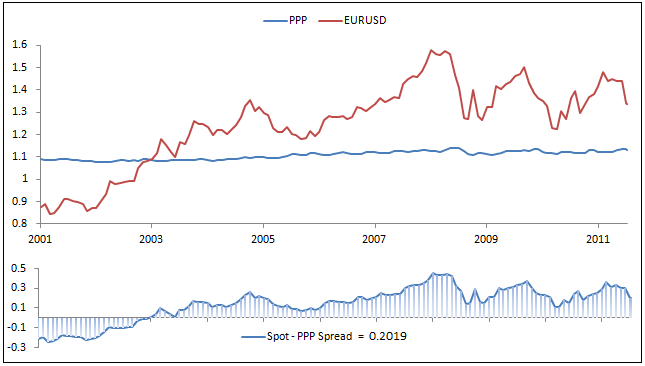 Despite recent selling, the Euro remains significantly overvalued relative to its PPP-implied exchange rate versus the US Dollar. With the EU debt crisis unresolved and traders becoming increasingly numb to policymakers’ heretofore empty promises of a bold resolution, continued selling looks likely. The US Dollar’s emerging centrality as a safe haven following investors’ turn away from the Yen and Swiss Franc amid official intervention reinforces this trajectory, with risky assets still firmly under pressure as an increasingly acute global growth slowdown is priced in across the asset spectrum. Needless to say, the building likelihood of ECB interest rate cuts in the months ahead helps as well.