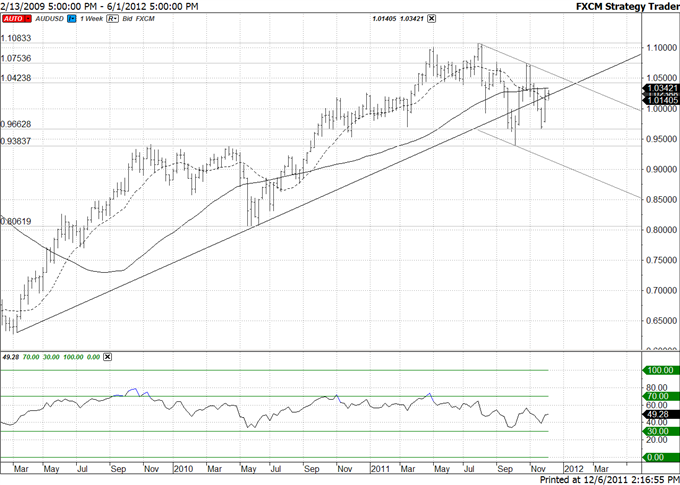 The trend line that extends off of the 2009 and 2010 lows has given way twice since September but thus far the breaks have proved false. The uptrend since 2009 is certainly damaged but the ability of the September lows to hold suggests sideways action will last through at least December. Resistance this month is 10450 and 10700/50. Support is 10100 and 9980. 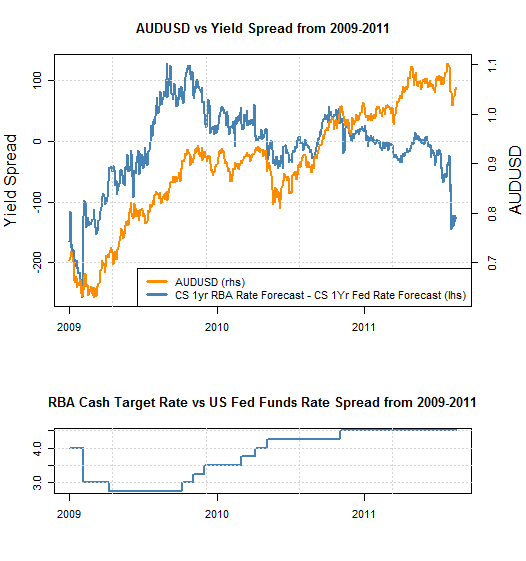 An important downgrade in Australian yield expectations has coincided with a similarly dramatic AUDUSD reversal. Yet the Aussie currency’s absolute interest rate advantage will likely remain substantial through the foreseeable future, and yields may continue to support the AUD through the medium term. Traders should instead watch moves in the Dow Jones Industrial Average and other key ‘risk’ barometers. Our correlation studies show that the short-term link between the AUDUSD and Dow trade near record strength.

Investors will often pour into highly speculative bets on high-yielding currencies when the risk of substantial exchange rate moves seems remote. That is to say: when the sun is shining and all is well with the Dow Jones Industrial Average and other key ‘risk’ barometers, the high-yielding AUD is an attractive bet against the low-yielding US Dollar. It will be critical to watch whether the Dow Jones Industrial Average can continue its recovery from recent lows. 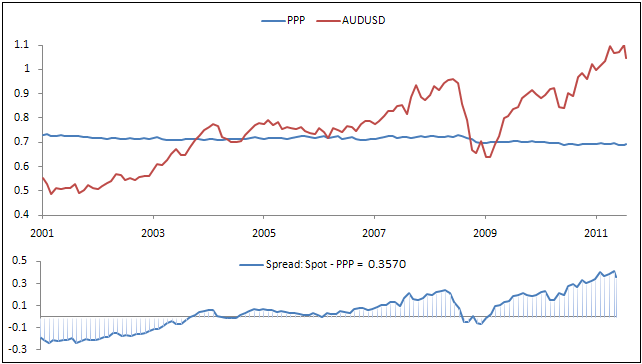 While the Australian Dollar has given up its place as the most overvalued currency against its US namesake, but spot prices remain grossly overdone at 34.5 percent above its PPP-implied exchange rate. The supportive powers of a robust RBA rate hike outlook have faded, with the central bank now priced in to issue over 125bps in rate cuts over the coming year. Risk appetite trends have also turned against the Aussie as a rapidly deteriorating outlook for the global economic recovery weighs on the sentiment-sensitive currency along with the spectrum of growth-geared assets. At long last, the time for a correction seems to be at hand.