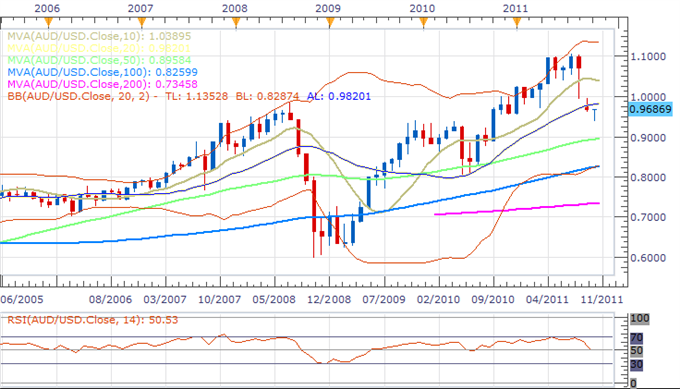 The market is finally confirming the formation of a major top by post float record highs set back in the summer at 1.1080, with the latest break back below parity confirming our bearish outlook and opening the door for more significant declines going forward. From here we look for any rallies to be well capped below parity on a weekly close basis, with a break below 0.9000 to accelerate declines and expose 0.8500 further down. 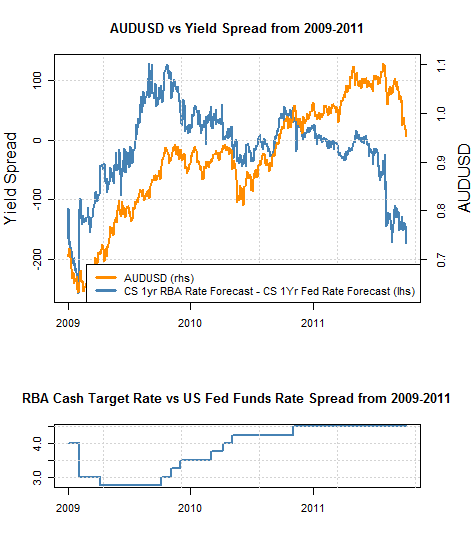 A substantial breakdown in Reserve Bank of Australia interest rate forecasts have forced Australian Dollar weakness, and indeed calls for rate cuts may continue to hurt the AUDUSD in the year ahead. The Australian Dollar has been a primary beneficiary of high yields as traders sought to buy it against lower-yielding counterparts. Yet such interest rate-linked demand is fading as spreads compress, and indeed we think the AUDUSD may have set a significant top based on such trends. 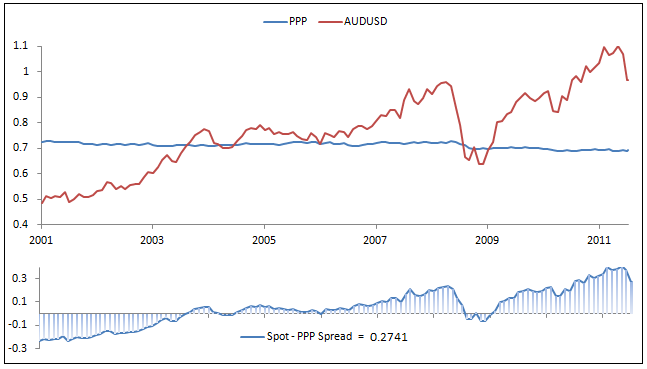 While the Australian Dollar has reclaimed its place as the most overvalued currency against its US namesake despite recent weakness, with spot trading 28.4 percent above its PPP-implied exchange rate. The supportive powers of a robust RBA rate hike outlook have faded, with the central bank now priced in to issue close to 150bps in rate cuts over the coming year. Risk appetite trends have also turned against the Aussie as the lingering EU debt crisis and a rapidly deteriorating outlook for the global economic recovery weighs on the sentiment-sensitive currency. A meaningful correction appears finally to be underway, with traders still left with a hefty 2700-pip value gap to be exploited.