Japanese Yen: Laying out the Scenarios for the BoJ

The event risk through the final 48 hours of this trading week is packed dynamite. And, giving the dollar’s effort to work its way into tight congestion ahead of this tremendous groundswell, we are looking at a high probability breakout. Looking at the Dow Jones FXCM Dollar Index (ticker = USDollar), the equally-weighted index shows the greenback’s consolidation after stalling at the mid-point of its range from 2008 to the present (10,560) at the beginning of last month. The same, anxiety-racked calm can be seen in the major pairs. EURUSD has taken to a tight range below 1.2875, GBPUSD is eying a reversal below 1.5250 and USDJPY has just recently slipped below 94 to threaten a shift on the most remarkable run in decades. On a technical overview, the dollar is still set in a dominant bull trend on an index and cross basis with high risk of reversal. What does fundamentals offer?

There are two key ingredients facing dollar traders: stimulus and risk trends…as usual. This past session, sentiment trends were leading the charge once again. The benchmark S&P 500 posted its biggest daily drop in five weeks (-1.1 percent) and moved the market right up to the lower boundary of this year’s persistent bullish trend channel. The tension is high, but this has not yet upgraded to a truly serious risk aversion situation. How can we tell? While volume and the standard volatility indexes were moderately higher on the session, they did not hit the levels corresponding to a systemic drive. In turn, the lack of conviction would also mean that the dollar maintained its positive correlation to the equity indexes and also fell on the day. Should panic once again set in, the world’s reserve currency will become much more attractive. We will revisit risk trends in the week’s final session, but the upcoming session takes something of a different tack: stimulus. This time around, we are looking at monetary policy from the Fed’s major counterparts: the BoJ, ECB and BoE. In the world of competitive currency devaluation (a polite word for ’currency war’), the rest of the world can compete with the Fed and thereby indirectly boost the dollar’s value.

Japanese Yen: Laying out the Scenarios for the BoJ

Without doubt, the top market-moving opportunity over the coming 24 hours goes to the Japanese yen. Months of speculation around the Bank of Japan’s (BoJ) stimulus path has built up this specific policy meeting. A 25 percent advance from USDJPY in less than six months carries a very clear fundamental drive outside of the normal bounds of risk trends or relative economic performance. That is the hallmark of stimulus expectation. Having evolved from incoming Japanese Prime Minister Abe’s vow to compel the central bank to leverage its efforts to end deflation to the adoption of ‘eventual’ steps by the policy authority, we are now at the point where the massive stimulus program set for the start of next year is expected to be moved forward and expanded upon. That is a tall order to live up to.

Currently, the Bank of Japan has committed itself to a 13 trillion yen (approximately $140 billion) per month stimulus program – like the Fed’s own QE effort – that is set to begin January 2014 and continue until the 2 percent inflation target is within sight. Yet, that isn’t enough to satisfy Abe or the FX market. With the currency a hapless (purposeful?) victim along the way to ending deflation, the market is expects the new leadership at the BoJ to both expand the assets that the group can purpose (longer dated Japanese Government Bonds or ‘JGBs’) and move forward the massive stimulus program to a point as early as May. The current levels of the yen crosses prices in these outcomes. If they aren’t realized, those that chased carry trades that don’t have meaningful yield to pad their capital gains endeavor will rethink the potential for follow through and may look to reenter lower. It is difficult for the BoJ to live up to the market’s expectations. Does Kuroda have the pull?

British Pound Threshold High for the BoE to Impress

Though not carrying the influence of the upcoming BoJ policy decision, the Bank of England’s (BoE) rate call carries substantial market moving potential of its own. What’s more, this particular meeting could prove a fundamental spark even if the central bank offers up ‘no change’ in its bearings. Since the beginning of the year, the sterling has slide against every one of its major counterparts (including the Japanese yen). With the GBPUSD dropping over 1,300 pips from peak to trough, we recognize the level of speculation that would see the currency devalued below the greenback which is running on a massive $85 billion-per-month stimulus diet of its own. With Marc Carney coming in July and the Exchequer allowing the central bank to deviate from its inflation target, the BoE is expected to step it up. But there’s been little talk of this from the MPC.

Euro Traders Not Expecting Much from the ECBThis doesn’t happenoften, but the European Central Bank (ECB) rate decision is the policy meeting that carries the market potential. While the BoJ is expected to live up to explicit vows and the BoE is running on heavy speculation, the ECB’s own policy bearings have been held broadly steadfast for some time (with a few words of concern about the euro and downgrade on growth forecasts). No talk of further easing has been offered by the ECB despite Cyprus and region-wide austerity drive. Such a low probability though, fresh stimulus would be a huge spark.

When we look at the dollar, euro or yen we are measuring the relative accomplishments of individual stimulus programs. Within the FX market, the Australia dollar is a good way of looking away from the competitive devaluation aspect and simply measuring the overall effectiveness of stimulus on risk taking. As the FX market’s favorite, liquid investment currency; the Australian dollar has garnered significant benefit from the positive risk aspects of global stimulus – especially with its own yield at record lows.

Gold Extends its Tumble to the Lowest Level in 9 Months

A stimulus program leverages risk taking and devalues a currency (whether through safe haven manipulation or direct money supply implications). It also amplifies FX volatility and boosts global inflation. Those are the aspects that play to the ‘alternative store of wealth’ appeal of gold. Heading into perhaps the biggest opportunity for a fresh influx of stimulus since QE2 transitioned into QE3 was introduced (with the BoJ and BoE), we have seen gold suffers its biggest two-day drop in a year. Is this doubt on stimulus? We will see with $1,525 critical support. 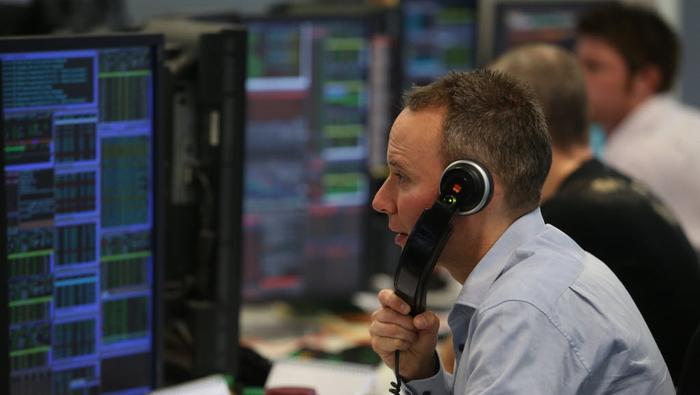