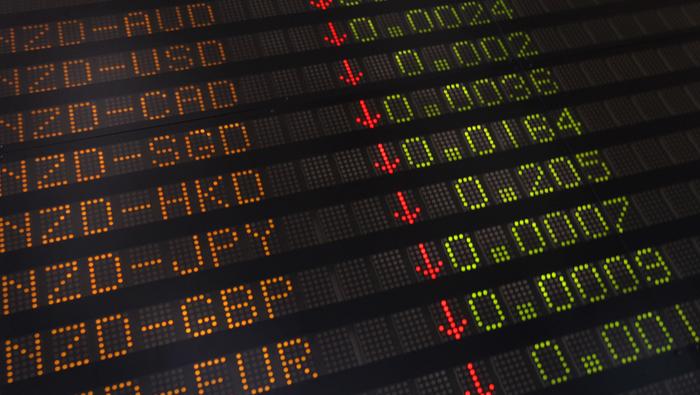 The US Dollar continued to drift lower in the Asian session with the New Zealand Dollar the main beneficiary, racing higher as selective risk assets also rallied. Equities in the region were mostly firmer after another record Wall Street high.

An exception in the equities rally was Hong Kong’s Hang Seng Index, as it moved lower after the Chinese Non-Manufacturing Purchasing Managers Index (PMI) came in at 47.5 against an expected 52.0. The Chinese Manufacturing PMI was close enough to expectations at 50.1 against the forecast 50.2. Beijing’s crackdowns on tech continued as gaming companies came under scrutiny, leaving mainland Chinese equity indices mixed in the aftermath.

Japan saw some positive data released today with industrial production coming at -1.5% for July when the market was expecting -2.5%. Additionally, the July unemployment rate of 2.8% was slightly better than the 2.9% expected. Japanese equities rallied on the news and modest Yen buying pushed USD/JPY back in the range.

The New Zealand Dollar rallied today as it made a new high against the Australian Dollar since the Covid-19 pandemic began. Risk-on sentiment enabled a new high for NZD/USD since earlier in the month.

USD also lost ground against all of the metal complex commodities except for iron ore, due to concerns about Chinese growth after local data PMI hit the wires. Energy prices may recede from recent highs as hurricane Ida was downgraded to a tropical depression.

Looking ahead we have Canadian GDP and US consumer confidence data on tap. Month-end rebalancing may also have an impact for FX markets around the London 4pm fix today.

The New Zealand Dollar finished higher today, breaking through trend line resistance after having moved up through the 55-day simple moving average (SMA) at the end of last week. The most recent previous high of 0.7088 is the next resistance level. Support remains at the recent low of 0.6805. 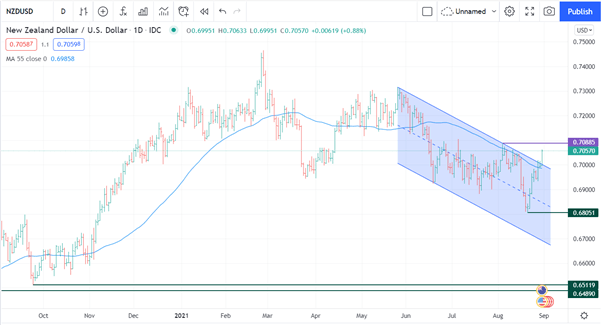