In FX markets, the British Pound outperformed its major counterparts, while the haven-associated US Dollar and Japanese Yen slipped lower. Gold prices held relatively steady, while silver jumped 0.75%, despite yields on US 10-year Treasuries climbing 2 basis points. Looking ahead, US Q1 GDP figures headline the economic docket alongside Germ inflation figures for April. 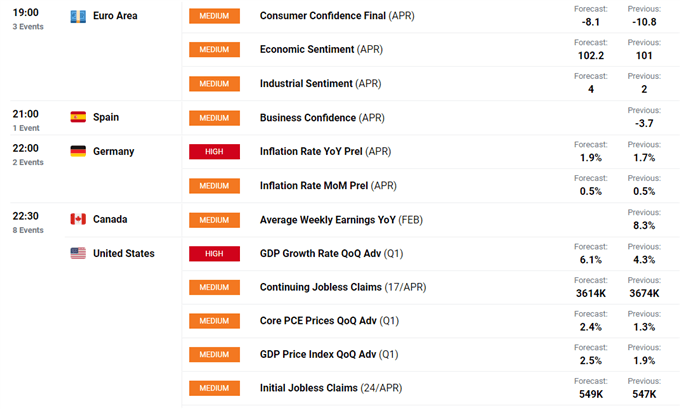 As expected, the easing of restrictions in several European nations paved the way for the Euro to gain ground against its haven-associated counterparts in the near term. Italy rolled back curbs earlier this week, while Greece is expecting to follow suit at the beginning of next month.

Germany is also contemplating introducing privileges for vaccinated individuals, while France is planning to lift its ban on domestic travel on May 3. These promising developments, alongside the ECB keeping its monetary policy steady for the time being, paint a rather bullish backdrop for the Euro ahead.

However, there is the possibility that much of this has been fully priced into the market, and therefore an underwhelming data release could ignite some short-term weakness.

With that in mind, upcoming consumer confidence and economic sentiment data could prove noteworthy, with a meaningful undershoot possibly leading market participants to discount the Euro against the Japanese Yen and US Dollar. 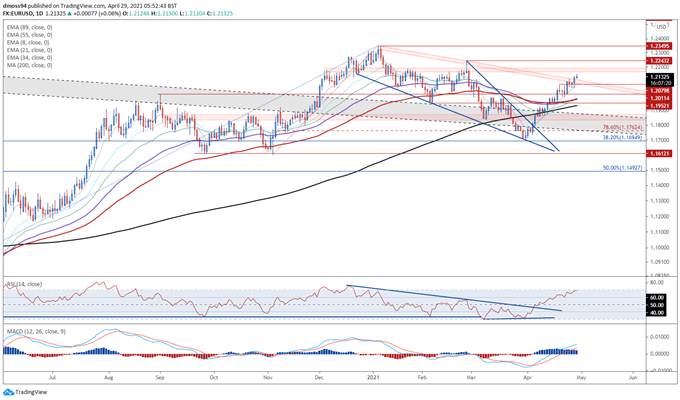 From a technical perspective, the outlook for EUR/USD rates appears relatively mixed, as price struggles to penetrate range resistance at 1.2170 – 1.2190.

The premature formation of a Shooting Star candle could inspire sellers in the near term and generate a pullback to key support at 1.2080, with a break below probably garnering follow-through and bringing the 1.2000 handle into the cross hairs. 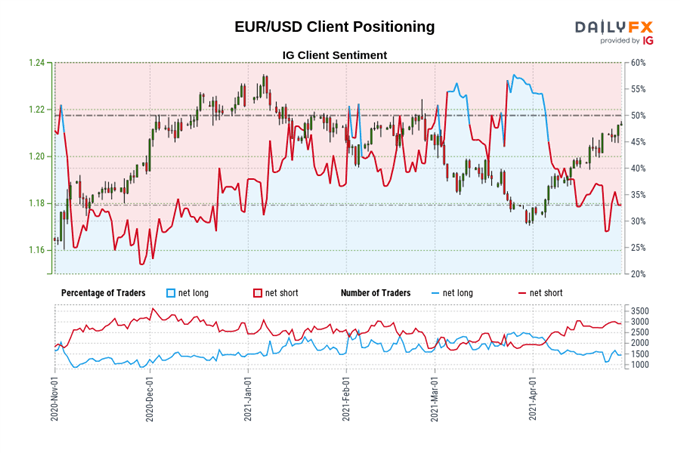 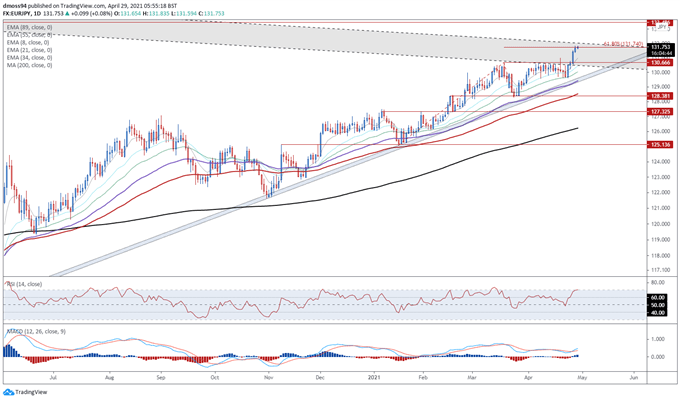 EUR/JPY rates could reverse lower in the coming days, as a Shooting Star candle forms at the 61.8% Fibonacci (131.74).

Bearish RSI divergence indicates that the climb to fresh yearly highs may be running out of steam, leaving the exchange rate vulnerable to a pullback in the near term.

Failing to gain a firm foothold above psychological resistance at 132.00 on a daily close basis could encourage would-be sellers and generate a downside push back to former resistance-turned-support at the March high (130.67).

Conversely, clearing 132.00 convincingly probably signals the resumption of the primary uptrend and brings the April 2018 high (133.49) into play. 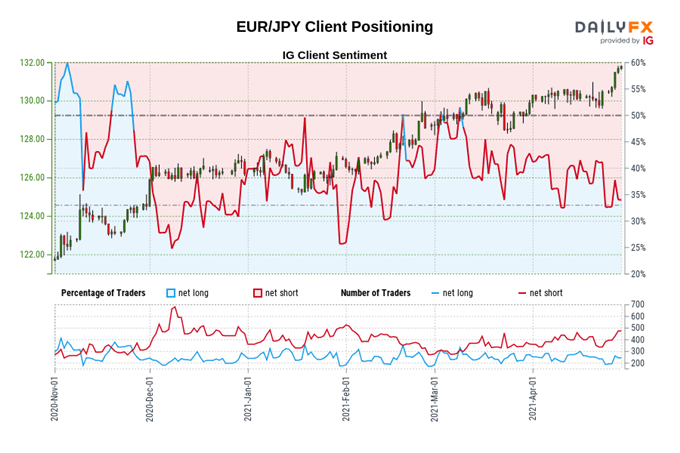