In FX markets, the risk-sensitive Australian, New Zealand and Canadian Dollars largely outperformed while the haven-associated US Dollar, Swiss Franc and Japanese Yen lost ground. Gold and silver prices gained as yields on US 10-year Treasuries held relatively steady at 1.66%. Looking ahead, the Bank of England rate decision headlines the economic docket, alongside jobless claims data out of the US. 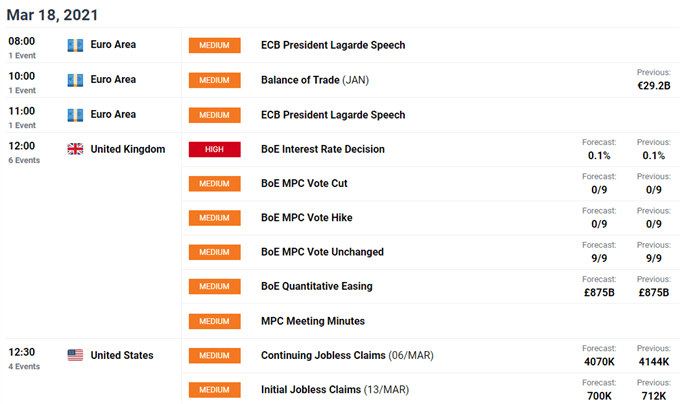 The Bank of England’s upcoming monetary policy meeting may pave the way for the British Pound to extend its climb higher against its haven-associated counterparts, given the diminished prospect of further easing amid a rapidly improving fundamental backdrop.

The expeditious distribution of coronavirus vaccines has allowed the United Kingdom to move to stage one of the four stage reopening plan introduced by Prime Minister Boris Johnson’s government, which sees the return of in-class schooling this month, followed by the reopening of outdoor hospital settings in mid-April, sporting venues in mid-May, and all other businesses by June.

Moreover, the supply of an additional 10 million doses of AstraZeneca’s vaccine will likely see the inoculation rate double in the coming weeks, and may potentially allow all adults to receive their first shot by the start of June. This suggests that the nation may return to a level of normality by the middle of the year. 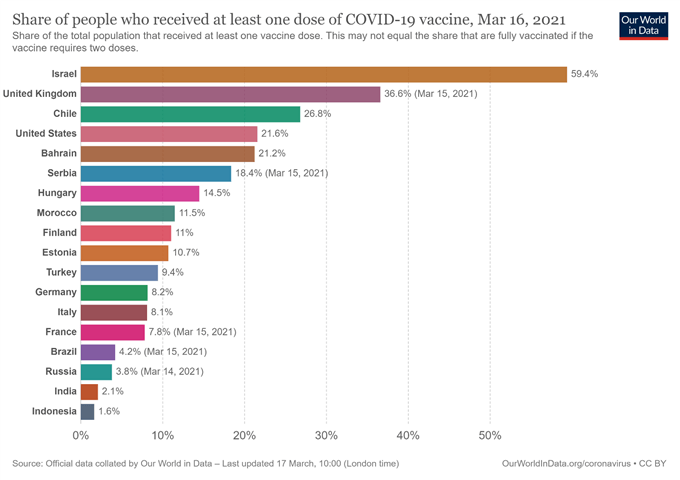 Therefore, a cautiously optimistic stance from the BoE will probably buoy GBP in the near term, and may even lead to market participants pricing in the tapering of Quantitative Easing purchases in the coming months.

However, it must be noted, that this seems unlikely at the upcoming meeting, given the commentary from several central bank members reiterating that the path forward for the local economy remains highly uncertain. 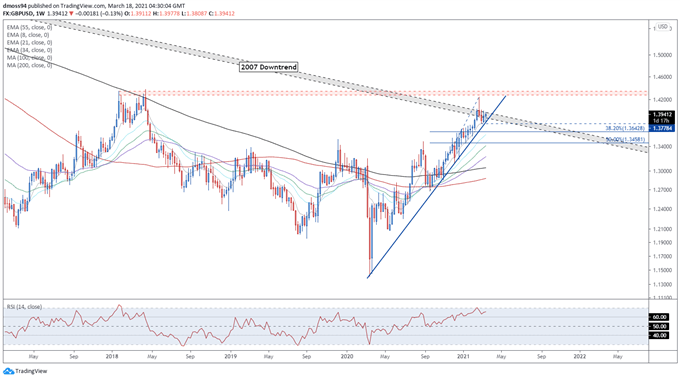 From a technical perspective, the outlook for the GBP/USD exchange rate remains overtly bullish, a price tracks firmly above all six moving averages, and begins to consolidate above key psychological support at 1.3900.

The formation of a Golden Cross moving average formation, in tandem with the RSI eyeing a push into overbought territory, is also indicative of swelling bullish momentum.

A weekly close above the February 22 open (1.4011) would probably intensify near-term buying pressure and generate an impulsive push to challenge range resistance at 1.4280 – 1.4340. 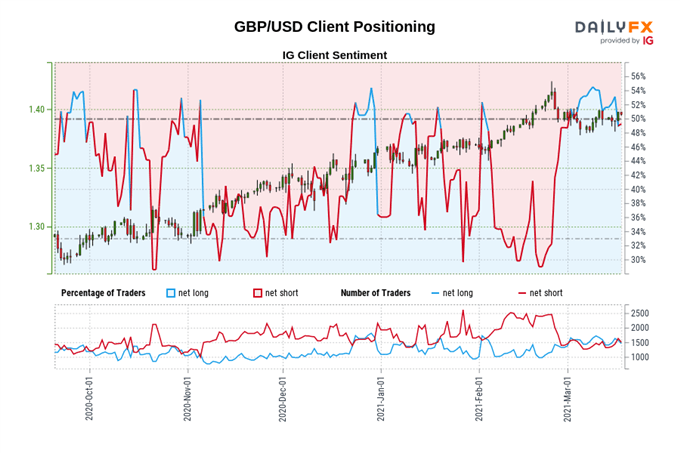 Positioning is more net-long than yesterday but less net-long from last week. The combination of current sentiment and recent changes gives us a further mixed GBP/USD trading bias.

With the RSI storming into overbought territory for the first time in 6 years, and a bullish Golden Cross formation taking place on the moving averages, an extended move higher seems relatively likely.

However, there is a risk that the recent surge to multi-year highs is overextended and could be at risk of a short-term pullback.

Failing to gain a firm foothold above 152.00 could open the door for sellers to drive the exchange rate back towards former resistance-turned-support at 149.30. 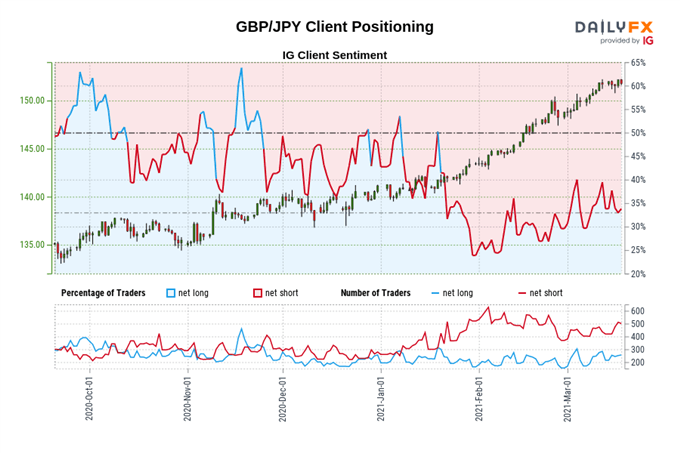 Positioning is less net-short than yesterday but more net-short from last week. The combination of current sentiment and recent changes gives us a further mixed GBP/JPY trading bias.