In FX markets, the cyclically-sensitive CAD outperformed as crude oil prices surged above $64 a barrel, alongside the haven-associated USD and CHF. Gold and silver prices drifted lower despite yields on US 10-year Treasuries holding relatively steady.

Looking ahead, the US non-farm payrolls report for February headlines the economic docket alongside Canadian trade balance date from the month of January.

As mentioned in previous reports, a lack of regard from Federal Reserve Chair Jerome Powell surrounding the relentless sell-off in US Treasury markets would probably send yields higher, and in turn strengthen the US Dollar. That is indeed what happened overnight, with Powell’s comments underwhelming market participants and resulting in yields on US 10-year Treasuries spiking to the highest levels since February 2018.

When asked about the rise in longer-term rates, Powell stated that it “was something that was notable and caught my attention” but failed to hint at any impending action from the central bank. Instead, the Chairman reiterated that the Fed is still a “long way from our goals” and will be patient in assessing when the right time will be to eventually begin tapering monetary policy measures.

The absence of concern from the Fed Chair has opened the door for real rates to rebound higher, and may ultimately result in the US Dollar continuing to gain ground in the near term. Moreover, the possibility that the European Central bank will increase its weekly bond purchases to cap an unwanted rise in long-term yields, could trigger further losses for the EUR/USD exchange rate. 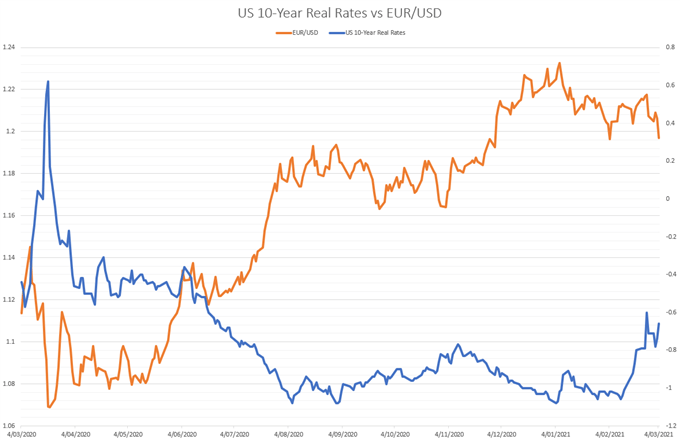 From a technical perspective, EUR/USD rates look set to continue sliding lower in the coming weeks, as price slices through key psychological support at the 1.200 mark and the 100-day moving average.

With the RSI diving below 40, and the MACD slipping into negative territory, the path of least resistance seems lower.

A daily close below 1.1950 would probably intensify selling pressure and carve a path for price to challenge psychological support at 1.1900. Clearing that brings the sentiment-defining 200-MA (1.1810) into the crosshairs. 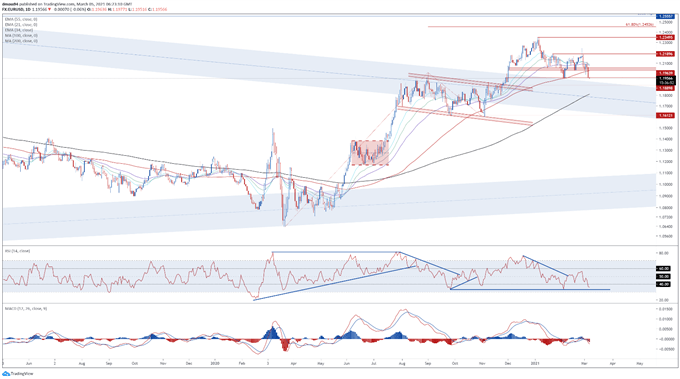 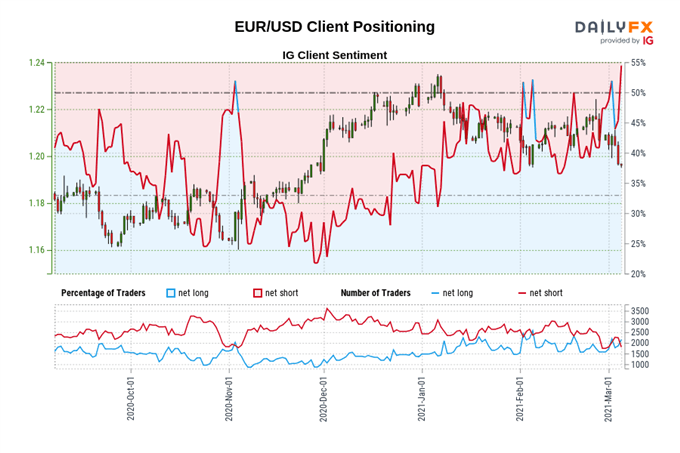