China’s CSI 300 index soared 2.6% on the back of a notable drop in local coronavirus infections. In FX markets, the risk-sensitive AUD, NZD, NOK and CAD largely outperformed, while the haven-associated USD, JPY and CHF lost ground against their major counterparts.

Gold and silver prices rebounded higher as yields on US 10-year Treasuries slipped back below 1.15%. Looking ahead, a flurry of speeches from several members of the Federal Reserve headline a rather light economic docket.

Recent comments out of several members of the Federal Reserve hinting at the potential tapering of the central bank’s Quantitative Easing (QE) program, in tandem with climbing real yields, may weigh on the benchmark S&P 500 index in the coming days.

However, this seems relatively unlikely given the Federal Open Market Committee’s (FOMC) December meeting minutes stated that the central bank will continue to purchase at least $80 billion of Treasury securities and $40 billion of agency mortgage-backed securities per month “until substantial further progress has been made toward the Committee’s maximum employment and price stability goals”. 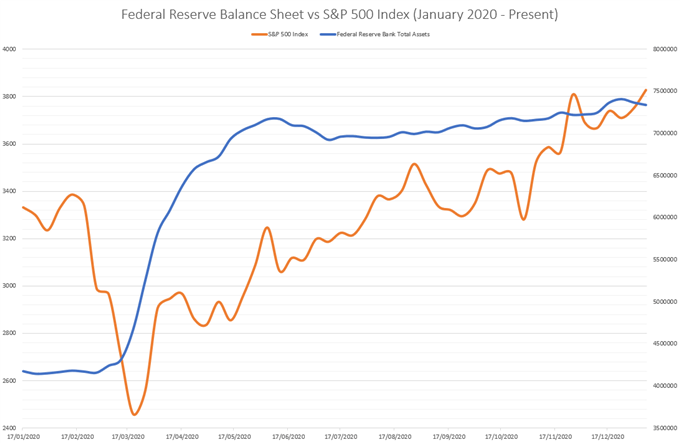 Indeed, Vice Chair Richard Clarida reiterated that his “economic outlook is consistent with us keeping the current pace of purchases throughout the remainder of the year”, adding that “it could be quite some time before we would think about tapering the pace of our purchases”.

Nevertheless, the sheer mention of the word taper may send shivers down the spines of regional investors and undermine risk appetite in the near term, as attention turns towards Thursday’s release of consumer price growth data for December. An unexpected rise in inflation may stoke bets that the Fed will indeed cut back on it bond purchases and in turn stoke further risk aversion. 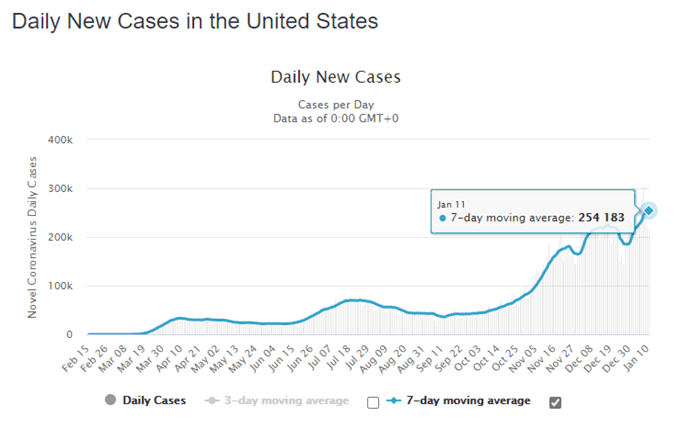 From a technical perspective, the S&P 500 index appears to be at risk of a near-term pullback as a Hanging Man reversal candle forms just shy of the yearly high (3824.5) set on January 8.

With volume notably fading, and the RSI struggling to push into overbought territory, a reversal back towards the December high (3753) seems likely.

However, bullish moving average stacking, in tandem with the MACD indicator holding firmly above it neutral midpoint, suggests the path of least resistance in the medium term remains skewed to the topside.

Failing to gain a firm foothold above 3825 on a daily close basis would probably allow sellers to drive the index back towards psychological support at 3750. A convincing push below that likely brings the uptrend extending from the March 2020 low and 34-EMA (3687) into play.

Conversely, if the 8-EMA (3770) is successful in stymieing selling pressure, an impulsive topside surge to challenge the 100% Fibonacci (3860) could be in the offing. 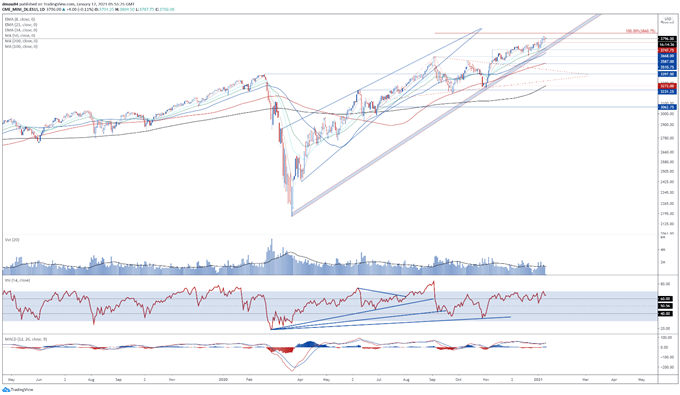 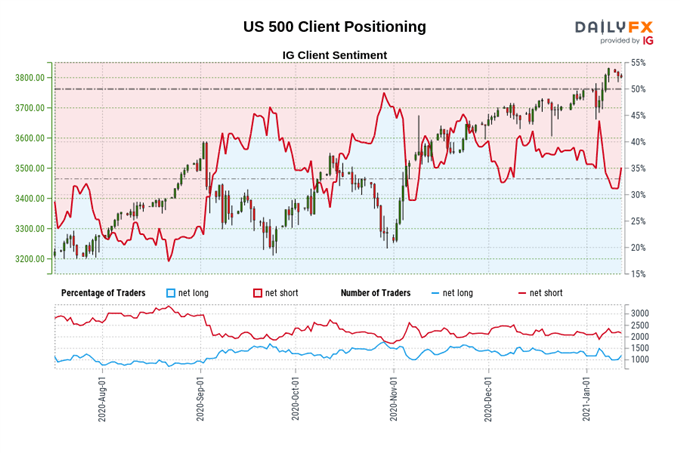