Market sentiment notably soured during Asia-Pacific trade despite an agreement on a much-needed US fiscal aid package, as investors mulled news of a new strain of coronavirus in the UK and the lack of progress in Brexit negotiations.

In FX markets, the haven-associated US Dollar and Japanese Yen largely outperformed, while GBP plunged lower against its major counterparts. Gold and silver stormed higher as yields on US 10-year Treasuries dipped 2 basis-points to 0.92%.

Looking ahead, the Euro-area’s consumer confidence release for December headlines a rather light economic docket as investors remain intently focused on coronavirus developments. 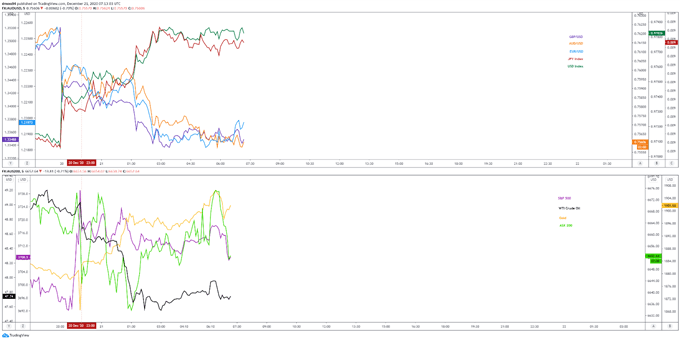 The British Pound kicked-off a fresh week of trade heavily on the back foot, sliding over 1.2% against the US Dollar as Prime Minister Boris Johnson aggressively tightened local restrictions in response to a new strain of the novel coronavirus.

The new mutation is thought to be behind the recent surge of cases in the UK, with a record 35,928 new infections registered on December 20. Health Secretary Matt Hancock warned that this newest strain is “out of control”, adding that “I think it will be very difficult to keep it under control until the vaccine has rolled out”.

Indeed, several ministers have stated that tier 4 restrictions may remain in place until Easter, with the successful vaccination of at least 20 million people required before any easing of measures can even be contemplated. 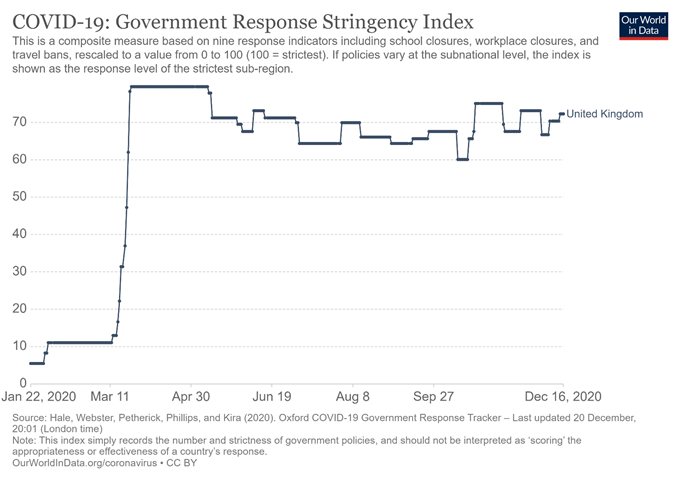 As it stands, 350,000 residents have been vaccinated, with Hancock confirming that 500,000 people should have received their first dose of Pfizer’s Covid-19 shot by the end of the weekend.

The overall pace of vaccinations will likely pick up in the coming weeks, given Astrazeneca’s vaccine is expected to receive regulatory approval early next week.

Nevertheless, with several European nations closing their borders to the UK, and tier 4 restrictions presumably in place for the foreseeable future, the British Pound may continue to lose ground against its major counterparts. 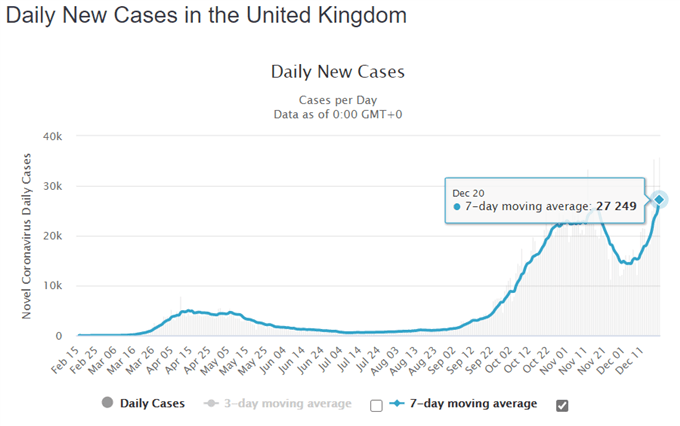 The increasing likelihood of a no-deal Brexit scenario may also significantly undermine the nation’s currency in the near term, as talks once again failed to bear fruit before Sunday’s tentative deadline.

As mentioned in previous reports, negotiations remain hamstrung by the same two key issues – fisheries and the level playing field – that have plagued talks in recent months. 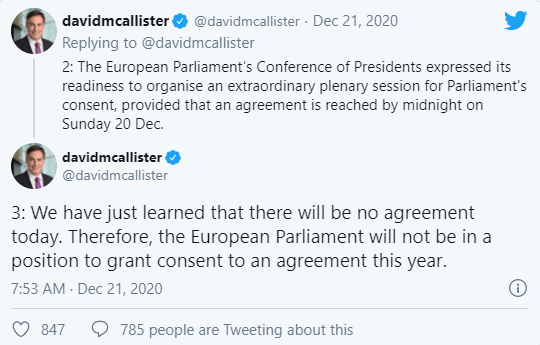 The UK rejected the European Union’s offer to reduce its annual quota of fish caught in British water by 25%, instead pushing for a reduction of closer to 60%. Given this extreme divergence, it seems relatively unlikely that a deal will be penned before the December 31 deadline.

After all, the inability of both sides to reach an agreement over the weekend prompted Chairman of the EU Foreign Affairs Committee David McAllister to state that “the European Parliament will not be in a position to grant consent to an agreement this year”.

With that in mind, GBP could face intensifying selling pressure in the near term as investors begin to price in a scenario in which the UK tumbles out of the EU without a ratified free-trade agreement. 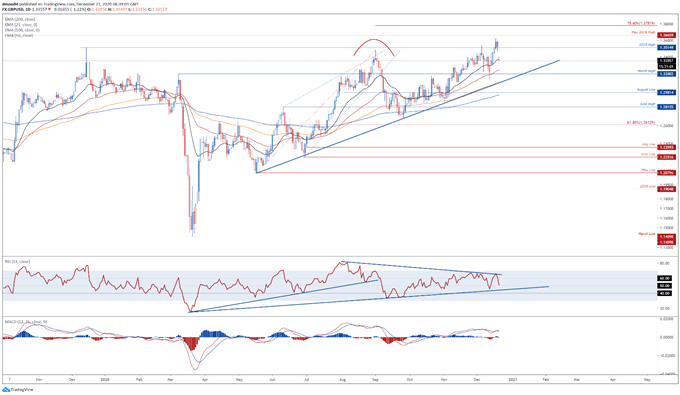 From a technical perspective, GBP/USD could be at risk of extending its fall from the yearly high set on December 17 (1.3625), as prices gap back below key psychological support at 1.3400.

With the RSI plunging back towards its neutral midpoint, and a bearish crossover taking place on the MACD indicator, the path of least resistance seems skewed to the downside.

A daily close below the 21-day moving average (1.3368) would probably generate a more extensive pullback towards the trend defining 50-DMA (1.3245).

Breaching that likely carves a path for prices to probe confluent support at the March high (1.3200) and the uptrend extending from the May low.

Alternatively, remaining constructively perched above 1.3370 could open the door for buyers to close the breakaway gap at 1.3521. 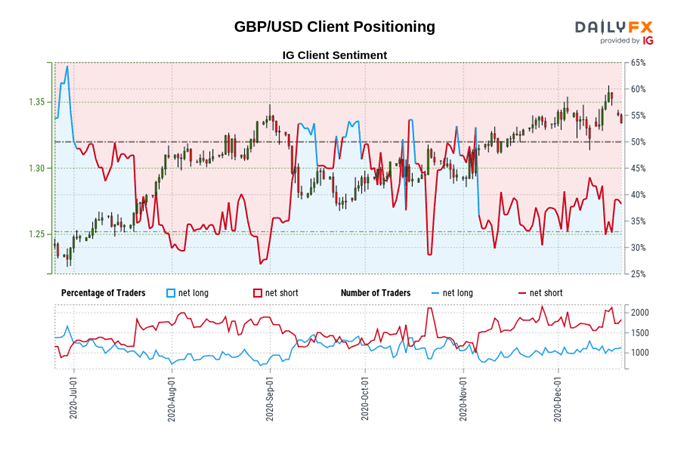