China’s CSI 300 index push 0.26% higher, buoyed by a drop in the unemployment rate and the largest rise in retail sales figures since December last year.

In FX markets, the cyclically-sensitive Norwegian Krone and Canadian Dollar largely outperformed, while the haven-associated Japanese Yen and US Dollar lost ground.

Gold pushed back above $1,840/oz and silver prices surged over 1.5% as yields on US 10-year Treasuries dipped back below 90 basis points.

Looking ahead, inflation data out of France and Italy headline the economic docket alongside US industrial production figures for November. 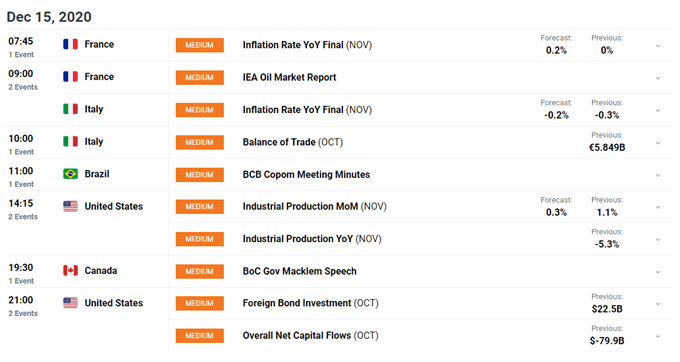 The Euro looks set to extend its recent climb against the haven-associated Japanese Yen and US Dollar, despite the notable tightening of coronavirus restrictions in several European nations.

Chancellor Angela Merkel announced that Germany will enter a hard lockdown on Wednesday, as the ‘partial’ lockdown implemented at the beginning of November fails to make a meaningful impact on the local infection rate.

Merkel has stated that for restrictions to be loosened, the seven-day incidence rate per 100,000 must drop back below 50 and stay there on a consistent basis. It currently sits at a record high of 176. 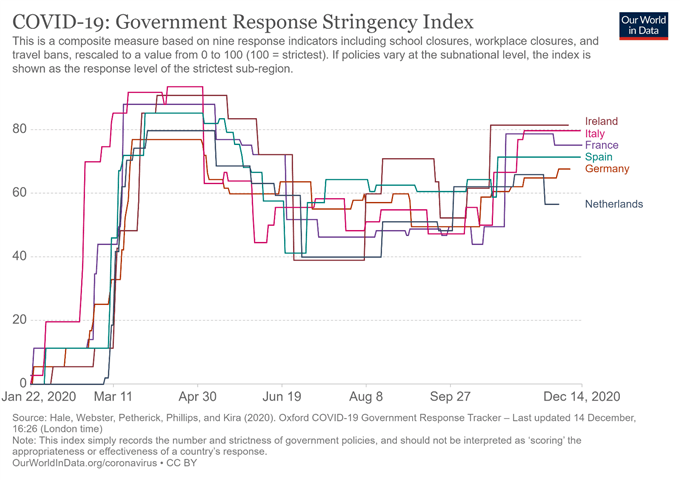 Italian Prime Minister Giuseppe Conte is also considering imposing new curbs after the country surpassed the UK to become the European nation with the highest number of Covid-19 deaths. Netherlands announced a strict 5-week lockdown on Monday as the 7-day moving average tracking infections surges to its highest levels since early November.

However, with the EU expected to approve the use of multiple coronavirus vaccines “in the coming weeks”, according to European Council President Charles Michel, investors may dismiss the significant deterioration in health outcomes and continue to put a premium on the trading bloc’s currency.

Moreover, the European Central Bank’s lack of interest in the exchange rate’s recent appreciation could prove to be a tailwind for the Euro, as the Governing Council reiterated that its monitors the currency’s impact on inflation but does not have an exchange rate target. 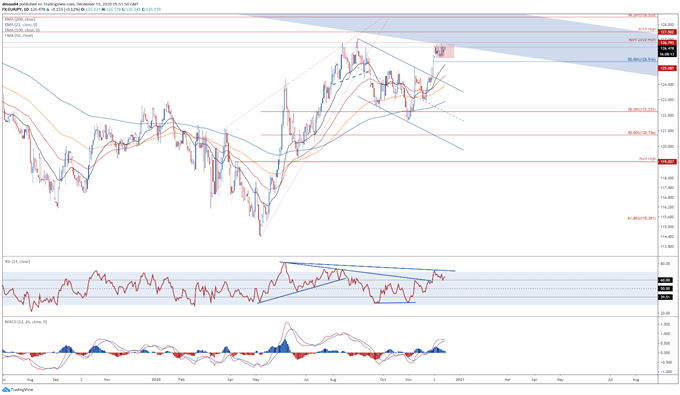 With the RSI continuing to hover above 60 and the MACD indicator climbing to its highest levels since late August, the path of least resistance continues to favour the upside.

A daily close above the December 10 high (125.79) would probably validate the topside break of the bullish pattern and propel prices towards the 2019 high (126.79).

The Bull Flag’s implied measured move suggesting that EUR/JPY could mount an extended push to probe resistance at the 38.2% Fibonacci (128.52).

Conversely, failing to breach the monthly high could ignite a short-term pullback towards flag support (125.78), with a break below bringing the 50% Fibonacci (125.52) into focus. 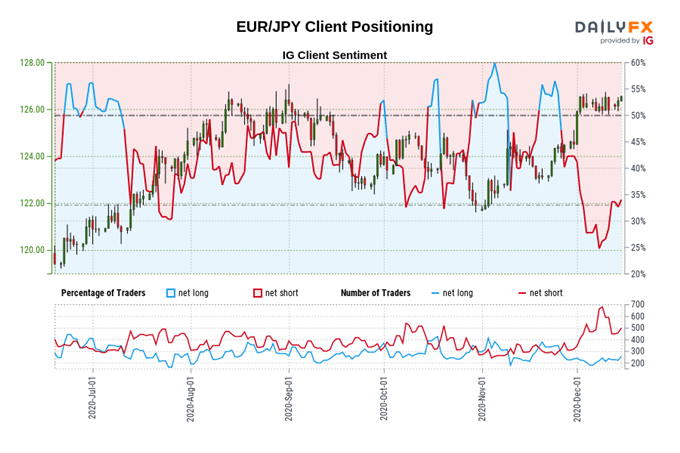 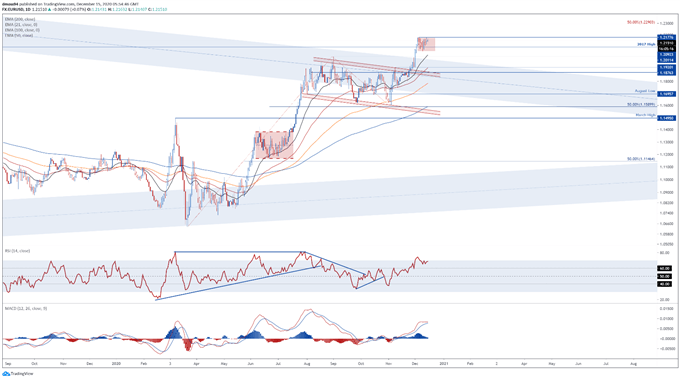 EUR/USD rates also appear to be carving out a Bull Flag pattern just shy of psychological resistance at 1.2200, which suggests a more extended topside push could be on the cards.

With the slopes of all four moving averages markedly steepening, and the RSI flirting with a re-entry into overbought territory, further gains seem likely in the near term.

Gaining a firm foothold above the December 4 high (1.2178) is required to validate the bullish continuation pattern and carve a path for prices to test the 50% Fibonacci.

The implied measured move suggesting EUR/USD could climb as much as 2% from current levels to probe key resistance at the 61.8% Fibonacci expansion (1.2453).

Alternatively, sliding back below the 1.2100 mark may neutralize near-term buying pressure and generate a short-term pullback towards flag support (1.2058). Breaching that probably opens the door for sellers to drive prices back towards the monthly low (1.1923). 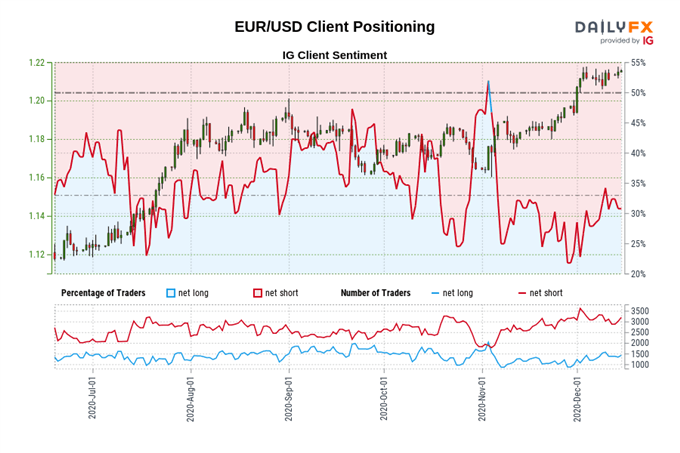