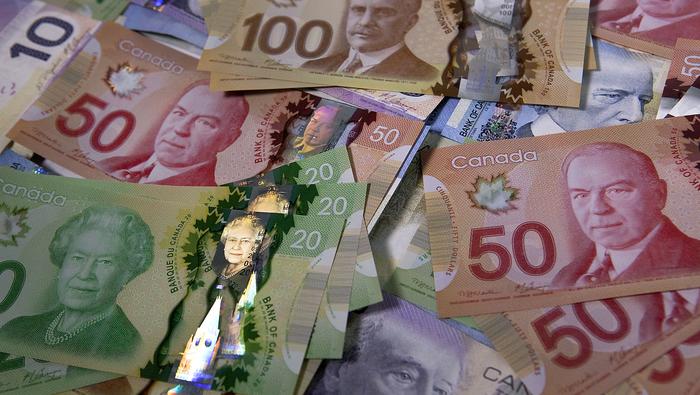 In FX markets, the cyclically-sensitive AUD, NZD and CAD largely outperformed, while the haven-associated US Dollar and Japanese Yen continued to lose ground.

Looking ahead, the Bank of Canada’s interest rate decision headlines the economic docket alongside Mexican inflation data for the month of November.

The Canadian Dollar may continue to push higher against its haven-associated counterparts, on the back of positive coronavirus vaccine developments and the Bank of Canada’s wait-and-see approach to monetary policy.

The BoC is expected to keep its monetary policy settings steady at its upcoming meeting, after recalibrating its Quantitative Easing (QE) program to “shift purchases toward longer-term bonds” at its meeting in October. Governor Tiff Macklem and the Governing Council also moved to gradually reduce the program’s total purchases to “at least $4 billion a week” from $5 billion a month earlier.

Although Covid-19 cases have surged locally, forcing several Canadian provinces to tighten restrictions, robust fiscal support may keep the BoC on the sidelines in the near term.

Finance Minister Chrystia Freeland unveiled over C$51.7 billion of additional fiscal aid at the end of November, with the measures including an enhanced wage subsidy program – expected to cover up to 75% of payroll costs – and the extension of commercial rent and lockdown support.

Freeland stated that “our government will make carefully judged, targeted and meaningful investments to create jobs and boost growth, [and] will provide the fiscal support the Canadian economy needs to operate at its full capacity and to stop Covid-19 from doing long-term damage to our economic potential”.

Moreover, with the government accelerating its vaccine roll out plans, the potential for a more accelerated economic recovery is becoming increasingly likely.

Prime Minister Justin Trudeau announced on Monday that “the first Canadians will be vaccinated next week if we have approval from Health Canada this week”, adding that “this will move us forward on our whole timeline of vaccine roll out and is a positive development in getting Canadian protected as soon as possible”.

These positive factors may convince the BoC to keep its monetary policy settings steady and in turn put a premium on the cyclically-sensitive CAD. 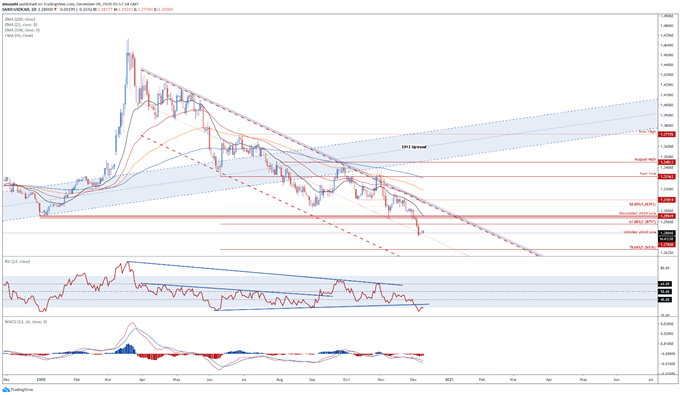 From a technical perspective, USD/CAD rates seem to be eyeing a push to fresh yearly lows, as the RSI breaks its constructive trend extending from the June extremes and slides into oversold territory.

With the MACD indicator travelling at its lowest levels since early September, and price tracking firmly below all four moving averages, the path of least resistance remains skewed to the downside.

A daily close below the October 2018 low (1.2783) would probably neutralize near-term buying pressure and open the door to a challenge of psychological support at 1.2700. Breaching that likely bringing key support at the 78.6% Fibonacci (1.2653) into play. 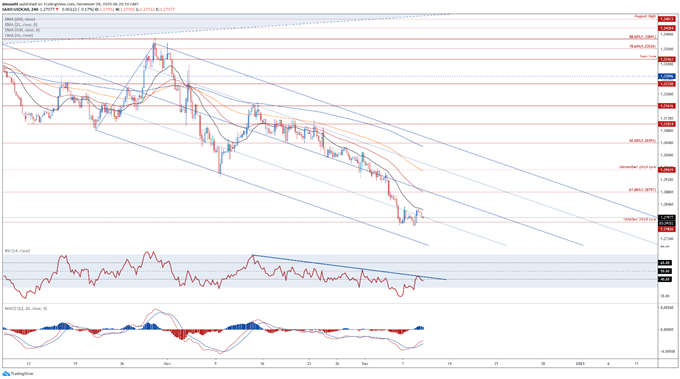 Zooming into a four hour chart reinforces the bearish outlook depicted on the daily timeframe, as buyers fail to push price back above the 21-day moving average (1.2822).

With the RSI continuing to adhere to the downtrend extending from the November peak, and the MACD histogram notably plateauing, further losses look to be in the offing.

Breaching the December 8 low (1.2768) is probably required to signal the resumption of the primary downtrend and clear a path for sellers to probe psychological support at 1.2700.

On the other hand, hurdling the December 7 high (1.2833) could generate a relief-rally back towards confluent resistance at the Pitchfork median line and 61.8% Fibonacci (1.2879). 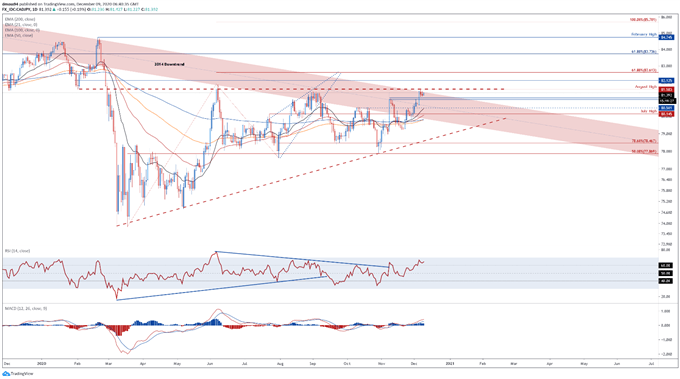 CAD/JPY rates appear to be on the verge of an extended topside push as price challenges Ascending Triangle resistance and the 2014 downtrend.

Gaining a firm foothold above the August high (81.58) is needed to validate the bullish pattern and clear a path for prices to probe the 61.8% Fibonacci (82.61).

The Ascending Triangle’s implied measured move suggesting CAD/JPY could climb a further 10% from current levels and exceed the yearly high set in February.

Conversely, failure to breach triangle resistance may inspire a pullback to range support at 81.00 – 81.10. 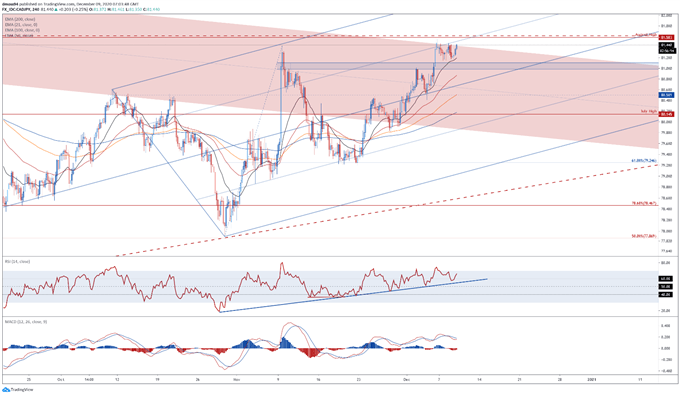 Scrolling into a four-hour chart also hints at further gains, as price carves out a Bull Flag continuation pattern just shy of key resistance at the August high (81.58).

A convincing break above 81.60 would likely propel price towards psychological resistance at 82.00, with a break above bringing the 61.8% Fibonacci (82.61) into the cross hairs.

Clearing that probably inspiring a more extended pullback towards the monthly low (80.34).