The haven-associated US Dollar and Japanese Yen moved higher during Asia-Pacific trade, as US presidential election votes continue to be tallied.

Gold and silver slipped despite yields on US 10-year Treasuries holding relatively steady.

Looking ahead, the US non-farm payrolls report for the month of October headlines the economic docket.

The increasing likelihood of a Joe Biden presidency could continue to buoy the price of liquidity-driven precious metal prices, despite the fight for control of the US Senate expected to prolong until January 5.

At the time of writing, Mr Biden has 4 paths to win just 6 more Electoral College (EC) votes while incumbent President Donald Trump has one route to achieve the 56 EC votes needed to retain the White House.

Although Trump has attempted to undermine the validity of the mail-in/absentee ballot process by stating that “if you count the legal votes, I easily win”, suggesting there is wide-spread voter fraud without a sliver of evidence and filing a series of legal challenges in crucial swing states, Biden’s recent performance has tempered concerns of a contested election. 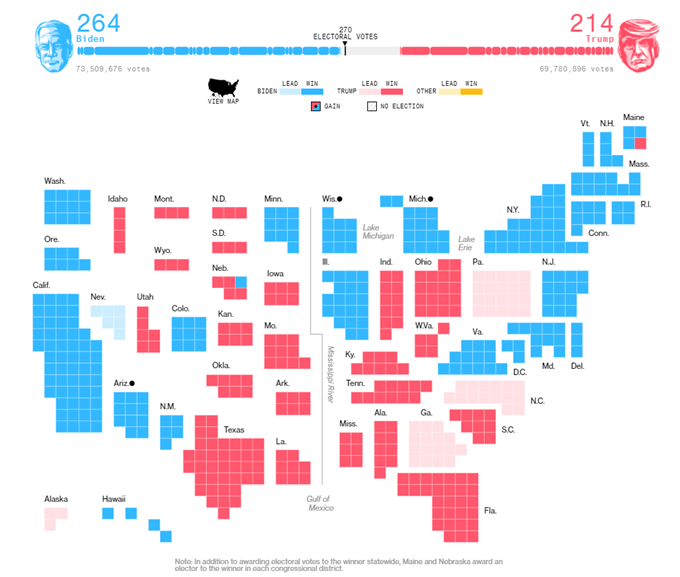 The former Vice President is currently leading in Arizona and Nevada, while staging a substantial comeback in Pennsylvania and Georgia. Indeed, with the outstanding ballots expected to favour the Democratic nominee, wins in three of the four aforementioned states seems relatively likely.

Of course, with vote counting ongoing this is hardly a certainty. Nevertheless, a continuation of the current trends could see Mr Biden beat the incumbent President in multiple battleground states, reducing the overall effectiveness of legal challenges from the Trump team and capping the upside for the haven-associated USD. 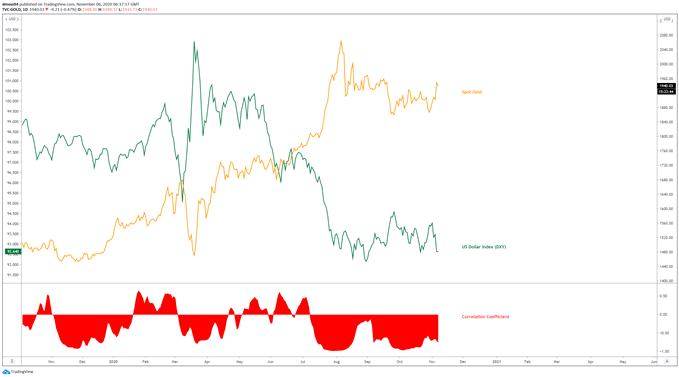 An outside chance of a ‘Blue Wave’ scenario – where Democrats control the White House, Senate and the House - may also put a premium on gold prices, as two of the Senate races in Georgia are pushed to January 5 runoffs.

With both seats held by Republican incumbents, an upheaval could swing the balance of power in the Senate to the left, given the GOP currently holds control of 48 seats and are leading in North Carolina and Alaska.

Therefore, if Democratic challengers Jon Ossoff and Raphael Warnock succeed the balance of power in the Senate would be split evenly at 50-50, with a Joe Biden win resulting in Vice Presidential nominee Kamala Harris casting the tiebreaking vote.

To that end, the medium-term outlook for gold may be dictated by the outcome of the Senate race, with a ‘Blue Wave’ expected to bring a substantially larger fiscal aid package and in turn underpinning liquidity-sensitive Bullion prices. 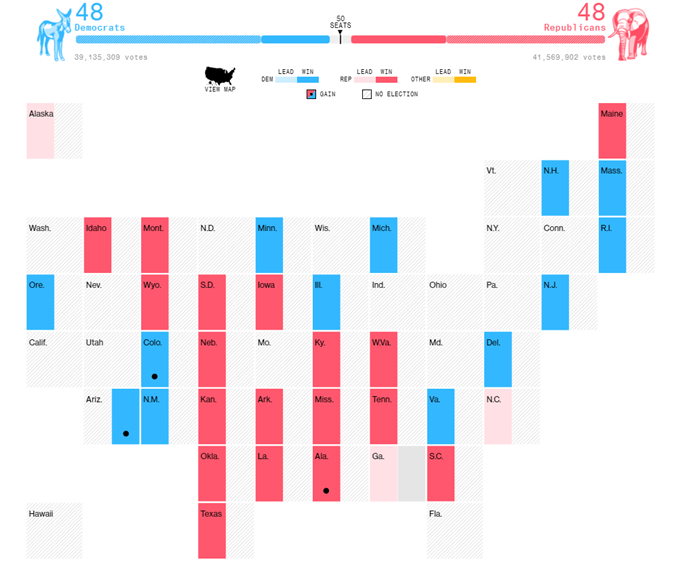 Finally, dovish commentary from Jerome Powell could stoke easing bets, as the Chairman of the Federal Reserve hinted at a shift in the central bank’s bond purchasing program in the coming months, stating that “at this meeting my colleagues and I discussed our asset purchases [and] the ways in which we can adjust the parameters of it to deliver more accommodation if it turns out to be appropriate”.

Given daily coronavirus cases continue to surge nationally and the central bank’s belief that “the ongoing public health crisis will continue to weigh on economic activity, employment, and inflation in the near term”, additional monetary support looks more than likely. The US became the first country to record over 100,000 new covid-19 infections in 24 hours on Thursday.

Moreover, with the provision of a much-needed fiscal aid package this side of Christmas unlikely and recent employment data showing an unexpected rise in jobless claims, the Federal Reserve may be forced to pick up the slack in the interim.

With that in mind, a disappointing non-farm payrolls report for October may justify the need for the Fed to deliver further accommodation and in turn nurture gold’s push to test the yearly high set in August. 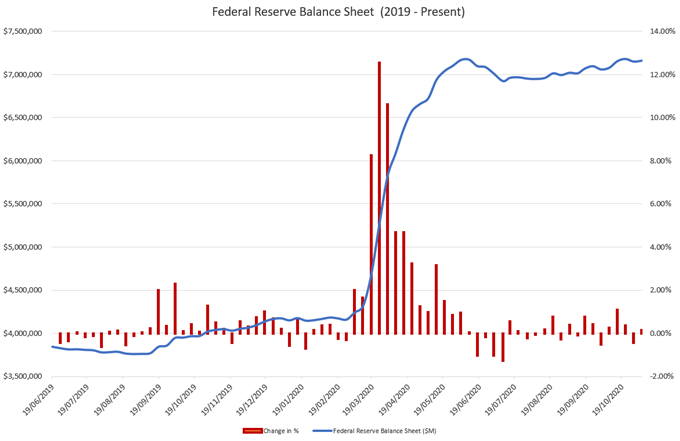 With the MACD indicator bursting back above its neutral midpoint and the RSI climbing above 60 and into bullish territory, the path of least resistance looks to be higher. 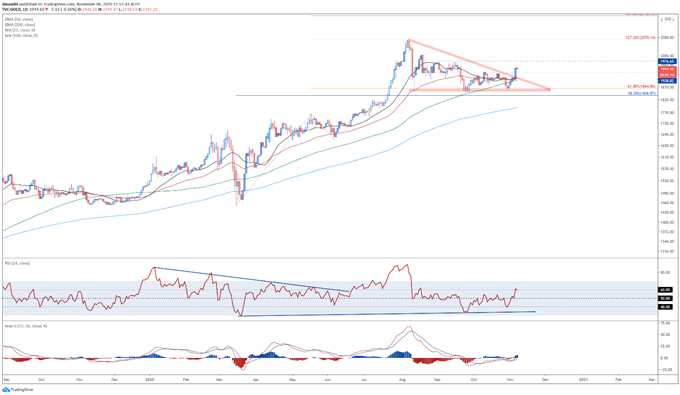 Zooming into a four-hour chart reinforces the bullish outlook seen on the daily timeframe, as gold prices carve out a Bull Flag continuation pattern above key support at the 100% Fibonacci (1938.11).

The development of the RSI and MACD indicator hint at swelling bullish momentum, as both oscillators push to their most extreme intraday levels since early September. 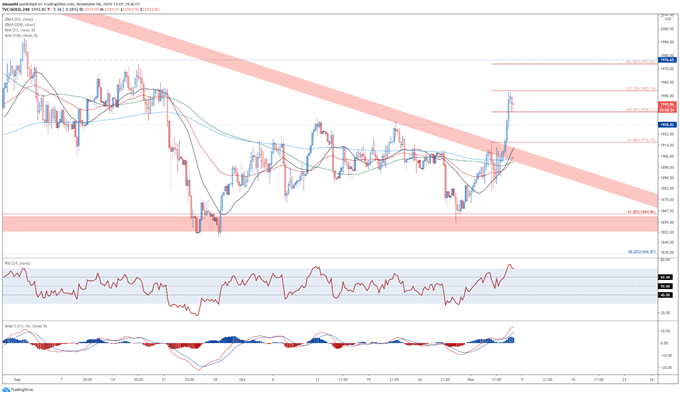