Optimism was seen early in Asia-Pacific trade, as risk-associated assets strengthened of the back of the Federal Reserve’s corporate bond purchasing announcement.

The announcement of further stimulus from the Bank of Japan and the possibility of more fiscal help floated by US President Donald Trump sent S&P 500 futures soaring alongside the commodity-linked Australian Dollar, as the haven-associated US Dollar and Japanese Yen plunged.

However, risk aversion seems to have returned late in the session, with risk assets retracing earlier ground gained. 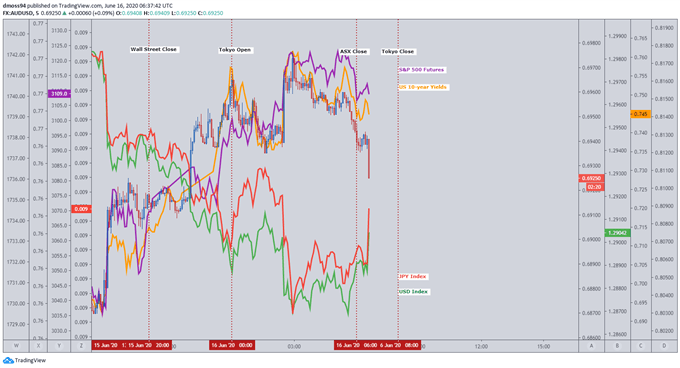 Announcing its Secondary Market Corporate Credit Facility, the Federal Reserve will begin to purchase corporate bonds from its internal index “made up of all the bonds in the secondary market that have been issued by US companies that satisfy the facility’s minimum rating, maximum maturity and other criteria”.

Market participants rejoiced, sending S&P futures back above the pivotal 3,000 level as the Dow Jones retraced the entirety of a 760-point fall to close 0.6% higher.

This positivity may flow through to the upcoming European and US session, as the Trump administration announces the preparation of a $1 trillion infrastructure stimulus package and the Bank of Japan expanded its small-business lending facility from ¥75 to ¥100 trillion.

However, with coronavirus cases still increasing in several US states, Beijing implementing partial lockdowns and cases in Tokyo rising for the second consecutive day, there remains a significant degree of downside risk to the recent recovery seen in global equities. 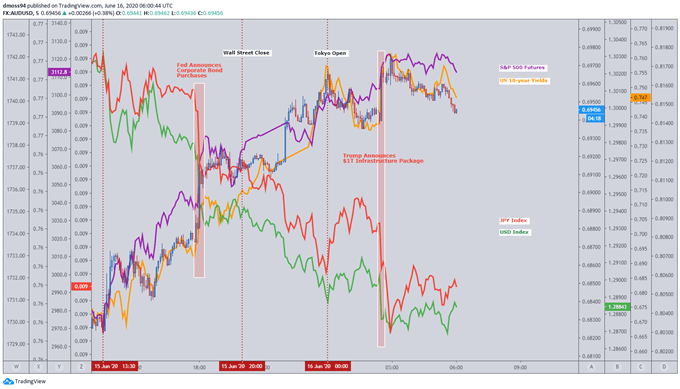 BoJo Jumps Back into Brexit Negotiations

Kickstarting a six-week period of negotiations overnight, UK Prime Minister Boris Johnson injected a fresh bout of optimism into the ongoing Brexit saga stating the likelihood of confirming a trade agreement with the EU as “very good”.

With both sides seemingly not “that far apart” on some key stumbling blocks to previous talks, Johnson seems to believe a deal can be agreed by July as talks won’t need to drag “on until the autumn, winter, as perhaps some in Brussels would like”.

However, one could be led to believe this is a form of posturing from the British Prime Minister after formally ruling out an extension of the transition period, set to end on December 31, earlier in the month.

The idea of a ‘level playing field’, presented by the European Union, has been continuously rejected by the United Kingdom and may prevent negotiations from progressing as the President of the EU Council, Charles Michel, tweeted it is essential to reach a “broad & ambitious agreement”.

Inability to get a deal across the line may be catastrophic as the imposition of World Trade Organization (WTO) quotas and tariffs threatens to decimate a region already hobbled by a once-in-a-generation pandemic.

An inkling of continued progress could support the Pound Sterling, which has so far underperformed its major counterparts against the US Dollar, as it remains constructive above the 200-day moving average. 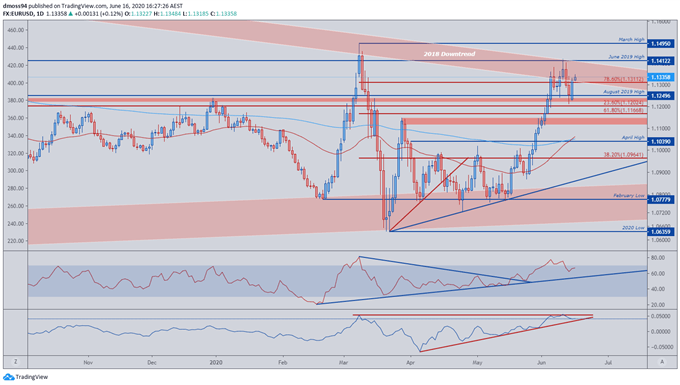 The Euro remains stubbornly resilient above the 1.13-handle, as a bullish engulfing reaction at the January high (1.1240) pushed price back above the 78.6% Fibonacci retracement (1.1311) of the March range.

However, the recent recovery could possibly be in jeopardy as the RSI indicator struggles to burst back into overbought territory.

Premature price action highlights the immensity of the task facing buyers, as a bullish moving average ‘golden cross’ was unable to propel price above the 2018 downtrend.