The anti-risk US Dollar and Japanese Yen edged higher at the expense of the growth-anchored Australian and New Zealand Dollars as US equity futures pointed lower at the start of Asia trade. This risk-off tilt may be due to growing concern about the implications of greater US-China friction in what are already fundamentally unstable times.

The BoJ announced no change in its policies. However, officials did reveal the creation of a new special program amounting to about 75 trillion yen to support corporate financing. Monetary authorities said they will continue to watch the impact of the coronavirus pandemic closely and will act more if necessary.

As outlined in Thursday’s report, it is unclear how the Euro will react to the incoming ECB meeting minutes as most of the attention is now on the German high court’s legal battle with intra-regional monetary authorities. Policymakers and investors alike worried about the image of a defiant Germany – a staunch advocate of European unity – would do to the politically-sensitive Euro.

ECB President Christine Lagarde has defended the central bank’s actions and has assured markets that officials will alter the composition and size of its bond-purchasing program as necessary within its mandate. While this appeared to be enough for now to stave off a deep Euro selloff, it was not strong enough to cause a flood of capital to rush into it.

Amid the coronavirus pandemic the British Pound is once again feeling the familiar pain of Brexit as the deadline for a key decision approaches. In an already-uncertain environment, additional ambiguity on EU-UK affairs has arguably cast a deep, dark and bearish shadow over GBP. Last week, key players in the divorce talks sent a chill up the spine of Sterling after both officials signaled that talks were not going well. 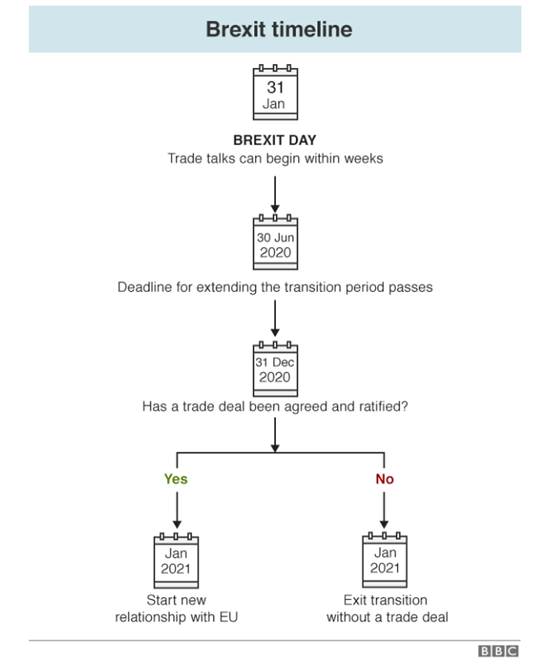 This also comes amid internal fragmentation and friction between the government and the constitutes it represents as officials openly defy certain virus-related orders. Prime Minister Boris Johnson has to race against the clock as he attempts to keep his word and avoid asking for extending the transition period while having to steer the country through the worst economic crisis in modern history.

Doubt about the PM’s ability to create an agreement before the December 31, 2020 deadline may manifest in a weaker Pound if such agitates jittery traders. Reports claim that the opposition party is aiming to propose a bill in the House of Commons in June that would compel the government to ask for a two-year extension. For more information on how politics impacts FX markets, be sure to follow me on Twitter @ZabelinDimitri.

GBP/USD recently broke through a key support range between 1.2283 and 1.2156 but the breach was not met with follow-through. Consequently, GBP/USD is now hovering in the area between those price parameters. This somewhat directionless trading could be indicative of traders wanting to wait until more clarity on fundamental risks – like Brexit – are given and then place their trades accordingly.