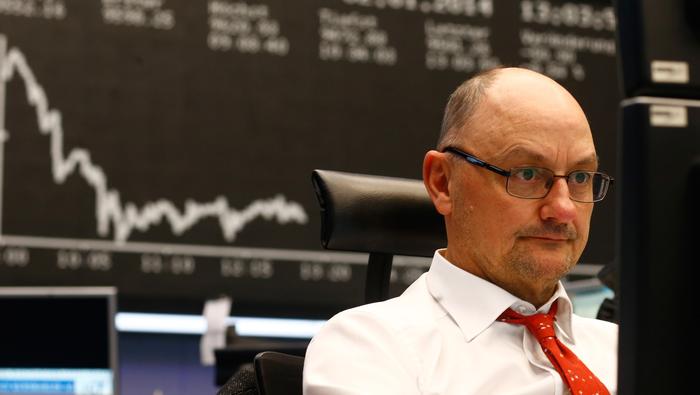 Following the bloody session on Wall Street, Asia-Pacific stock markets were in the red as the spreads between credit default swaps on regional corporate debt and sovereign bonds from outward-facing economies – like Australia – widened. However, crude oil prices rallied and brought the petroleum-linked Canadian Dollar with it after US President Donald Trump announced fiscal stimulus plans in an effort to combat the coronavirus.

Panic selling from the coronavirus has not only caused global equities to plunge but also darkened what was an already-gloomy outlook for the Eurozone. The region was beginning to show signs of stabilization, but the spread of the coronavirus has cut that recovery short and resurrected fears of another downturn in Europe. This comes after the region suffered from a politically-turbulent two years both internally and externally.

Germany and Italy – the first and third largest Eurozone economies, respectively – are expected to enter a technical recession this year (defined as consecutive quarters of contraction). The spread of Italian and German 10-year sovereign bond yields spiked over 30 percent and is now at its widest point since August 2019. This came as yields on the latter fell to a record-low amid market-wide risk aversion.

Conversely, the risk premium on Italian debt soared as a result of their comparatively more-vulnerable economy that now faces the threat of a national lockdown according to local sources. Dampened spending would hurt an already-ailing economy with limited room for fiscal stimulus. However, a budget battle between Brussels and Rome may again be resurrected as officials plan to hike the 2020 budget above 2.5% of GDP.

Since topping in mid-February, the German DAX equity index has plunged over 20 percent and is a hair away from the 2018-low at 10381.510 after it recorded its biggest one-day decline on record. Breaking this floor would open the door to testing the four-year low at 10085.480 where selling pressure may abate. However, a bearish overhang could continue pressuring the index to multi-year lows. 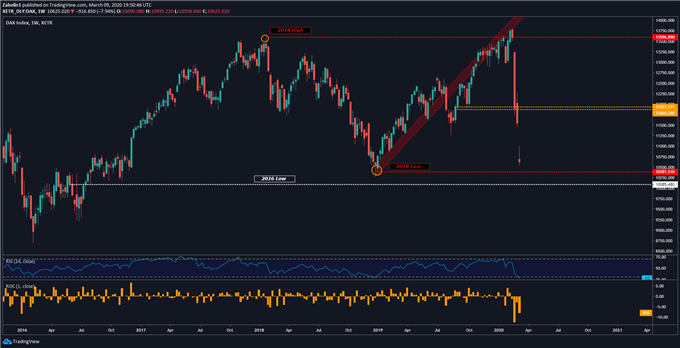 Since bottoming out at 1.0783, EUR/USD has surged over six percent and is trading at a 12-month high after breaking several key layers of resistance along its ascent. On March 9, the pair experienced its biggest one-day spike in four years and may now aim to challenge the ceiling at 1.1545. If resistance is cleared, it may amplify bullish sentiment and catapult EUR/USD higher. 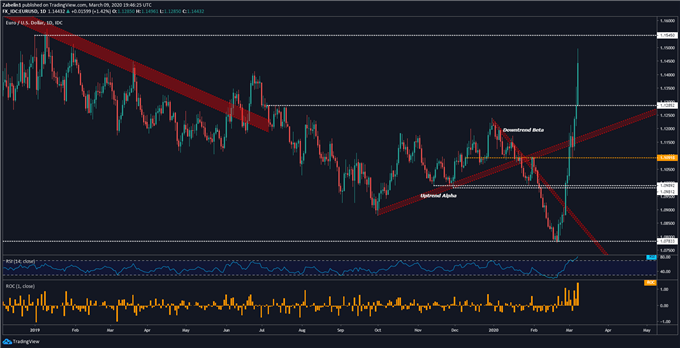