British Pound and FTSE 100 May Trim Gains on Brexit Woes

The British Pound may extend its decline along with UK equities amid a resurgence of Brexit woes after a market-friendly election. Last week, GBP climbed over two percent against the US Dollar and Euro, though those gains may be trimmed if the specter of a no-deal Brexit returns. The data docket in Europe is relatively bare, leaving markets to focus on major risk trends and political risk. 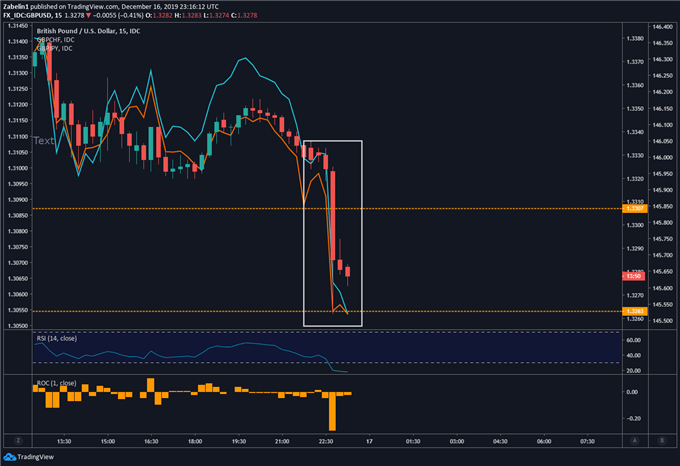 Early into Tuesday’s Asia trading session, the British Pound fell over half a percent against its major counterparts after Brexit-related perils spooked GBP traders. The source of angst came from Prime Minister Boris Johnson who said he is looking into legal means to block any extension following the December 31 2020 transition period deadline.

This revived no-deal Brexit fears that were overwhelmed by the optimism following the UK election and the Conservative Party’s landslide victory. Brussels has warned that ratifying trade deals takes years, and to do one in less than 12 months is highly unlikely. As such, if London fails to secure a trade agreement after the transition period expires, then the UK could end up crashing out of the EU.

See my outlook for the British Pound in the week ahead following the recent news about Brexit.

The FTSE 100 may have a painful session ahead after it rose over four percent in three days following the UK election. It is now trading at a four-month high with yesterday’s close at 7519.1. Looking ahead, the benchmark index may crash through the 7418.0-7449.2 range which could catalyze a broader selloff, possibility setting up the stage for a retest of the early-December swing-low at 7137.9. 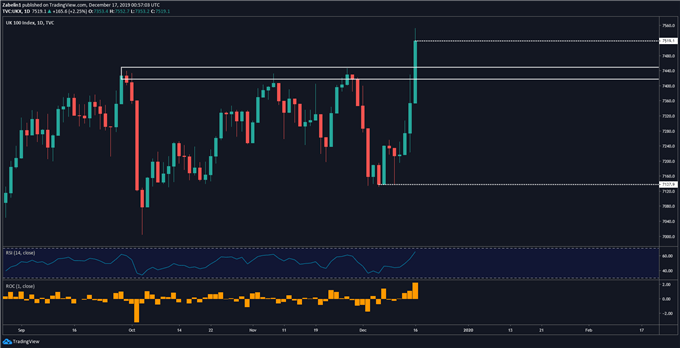