NZD/CHF Hints at Topping: Reversal Ahead?

NZD/CHF has enjoyed an over-three percent rise following its ascension from the mid-November uptrend (red parallel channel). However, negative RSI divergence shows upside momentum is ebbing and a downside breakout may be in the cards. If the pair drops below rising support with follow-through, it may lead to NZD/CHF testing the 0.6386-0.6405 support zone. 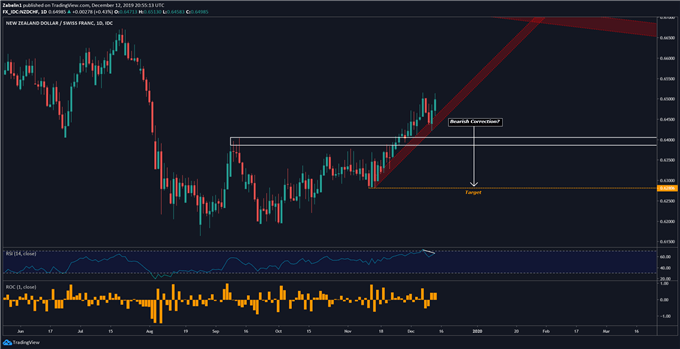 Clearing that area would open the door to re-testing 0.62080 which would essentially wipe out the latter half of last month’s gains and progress it made heading into December. This is also the area where selling pressure may lighten up as buyers swoop in to lock in what could be a swing-low. 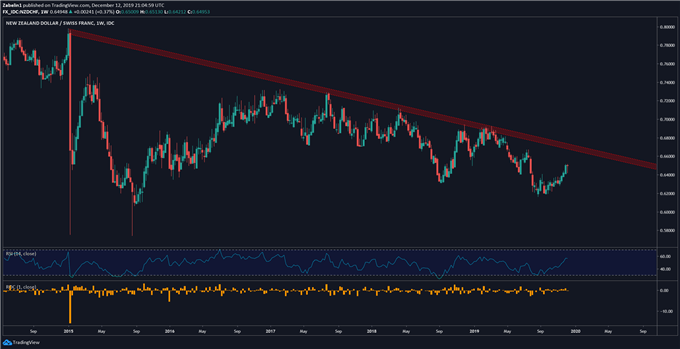 Looking at a weekly chart shows that a short-term correction would likely reinforce the longer-term bearish bias if it forces the pair to retreat before making a fourth attempt at re-testing descending resistance. The 4-year ceiling has been able to stave off NZD/CHF from recovering after it plummeted over 30 percent in January of 2015 when the Swiss National Bank un-pegged the EUR/CJF exchange rate from the 1.20 level and caused the Franc to surge.

AUD/CHF is approaching a critical juncture where the gap between the August uptrend and May descending resistance channel is converging. A breakout in either direction could catalyze a recovery or selloff and could reveal a lot about what the collective outlook is on the pair’s short-term trajectory. 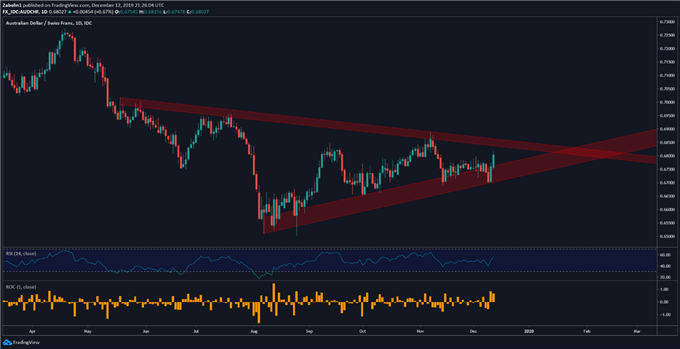 A weekly chart shows a gloomier picture for AUD/CHF bulls. The pair only recently bounced back from its four-year low and is now looking to challenge a formidable descending resistance channel. Failure to clear it may lead discouraged bulls to offset their positions while short sellers may start flocking in. 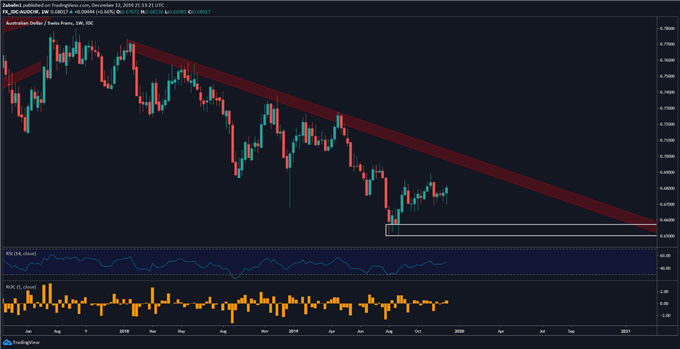