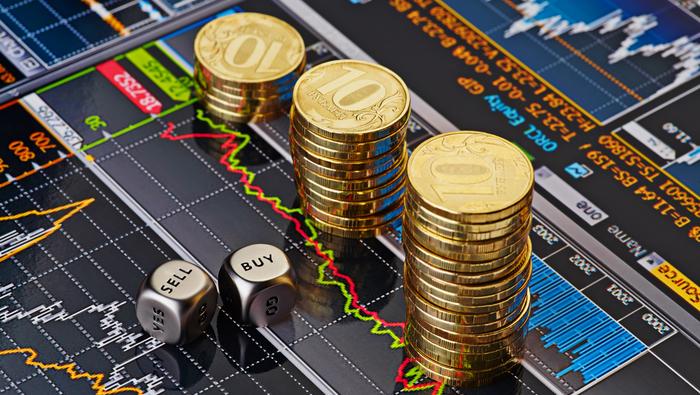 US Dollar traders will be closely watching the publication of the year-on-year core Personal Consumption Expenditure (PCE) data, a well-known favored inflation-gauging tool of the Fed. This will be released alongside 3Q GDP data in addition to a cascade of other economic statistics. Equity markets will also be anxious to see the results and how it may impact the Fed’s policy outlook after the S&P 500 registered a new high. 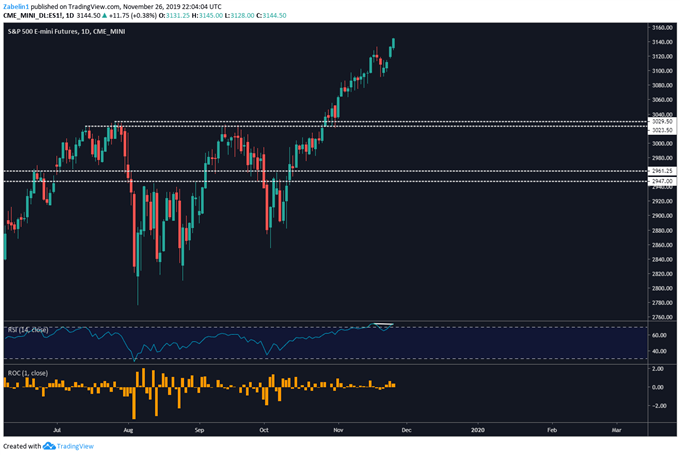 US GDP, Core PCE: How Will it Impact Fed Policy?

Core PCE YoY is expected to remain unchanged at 1.7 percent, 0.3 percent below the Fed’s medium-term target of 2 percent. While Fed Chairman Jerome Powell did recently state that policy is approopriate as it is, he did note that if downside risks materiliaize, the Fed would adjust policy accordingly. If price growth remains subdued for a prolonged period, it could cause officials to tilt more dovish.

In 2018, the Fed raised rates four times but was able to do so on the back of solid fundamentals and resilient price growth. However, following the central bank’s tightening cycle, PCE data began to print softer numbers due to the inherent inflation-sapping nature of tightened credit conditions. The trend of weaker price growth was also amplified by the US-China trade war and the chilling disinflationary wind it blew across the world.

Overnight index swaps are currently pricing in a better-than-even chance of a 25bps cut by the meeting in July, though the timeline for easing may move closer if fundamental risks mount. Furthermore, while an individual data point may not be able to singlehandedly influence the trajectory of monetary policy, the cumulative effect of chronic underperformance could very well push officials to have more dovish inclinations.

Despite markets pricing in a series of rate cuts for 2019 – that the Fed subsequently delivered – the US Dollar continued to rise. This spoke to an underlying demand for liquidity and haven-linked assets amid deteriorating fundamentals ranging from trade wars to other geopolitical risks. However, recent price action has shown that US Dollar dynamics have changed.

Revived market optimism about the US-China trade war resurrected risk appetite and alleviated some of the upside pressure the US Dollar was attracting amid market-wide demand for liquidity. Now, when looking at the federal funds futures for next year (candle stick chart below), the reduced scope for easing has pushed the US Dollar down and helped and uplifted USD crosses. 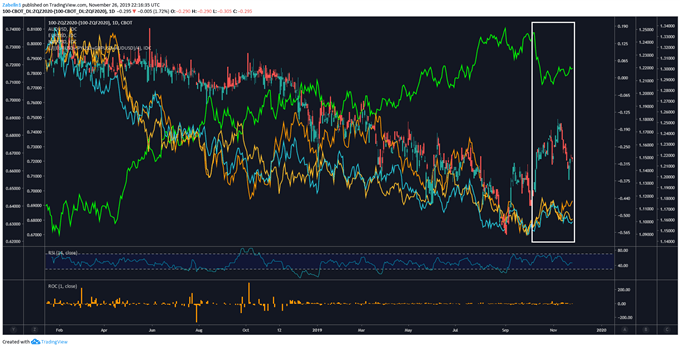 Note: The Greenline represents a basket of highly-liquid currencies against USD. These include GBP, AUD, JPY and EUR.

This is a significant deviation from what we have seen this year when markets frequently panicked when their expectations for the degree of easing was not aligned with what the central bank had conveyed. But now, since their perception of the fundamental outlook has improved – even though the data clearly shows it has gotten materially worse – reduced scope for easing is not interpreted as a negative thing.

This may be why despite the expectation of comparatively less-dovish policy in 2020, cycle-sensitive assets like the Australian and New Zealand Dollars have staged a modest recovery against the Greenback. Equity markets continue to register new highs on the back of the ethereal belief that the outlook has improved to such a degree that the urgency for easing less dire. Contrary to popular belief, the data says otherwise.