The Australian Dollar fell after the Reserve Bank of Australia’s meeting minutes were released and gave AUD/USD traders a chill. The text revealed that the RBA is not only considering easing further beyond its record-low rates, but also officials “accepted that the ‘case could be made’ for a cut at that point”. Overnight index swaps are currently pricing in a 62 percent chance of a rate cut at the February meeting. 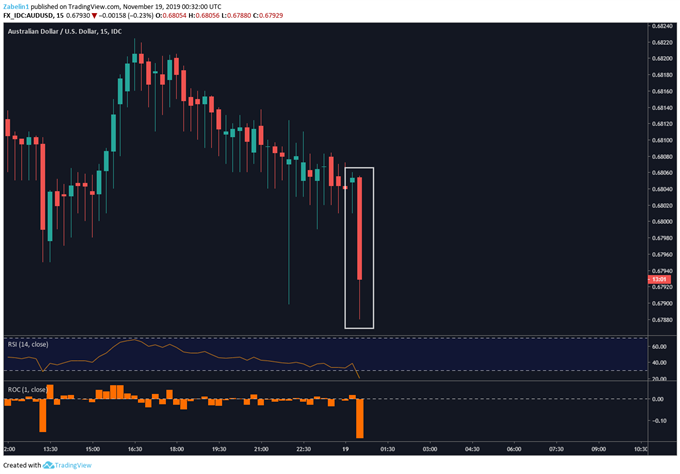 In the absence of market-moving news, the Euro and S&P 500 index will be closely watching US-China trade talks. The most recent news left APAC investors with a sour taste in their mouth after news broke that Beijing felt pessimistic about the current state of negotiations with the US. This had to do with President Donald Trump saying he did not guarantee tariff rollbacks would occur in lockstep with the multi-phase trade accord.

Market buoyancy about the prospect of a deal has helped carry the S&P 500 beyond its congestive zone and into new territory with the most recent close marking a new high at 3,122. However, upside may soon begin to ebb if both sides fail to make meaningful progress. Markets received the repeated talking point that talks are “constructive” but the lack of follow-through without something being signed is a worrying signal. 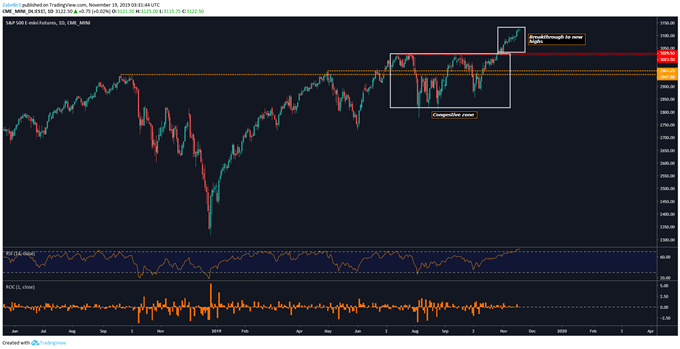 Core issues relating to intellectual property rights and forced technology transfers are still being disputed. The higher the S&P continues to climb the mountain of ethereal hope, the harder it will fall if a price correction is triggered by a severe setback in trade negotiations. EUR/USD has staged a recovery not only due to US Dollar weakness but also capital flowing into the Euro after Germany narrowly avoided a recession.

As the largest economy in the Eurozone, the fact that the country avoided a technical contraction gave Euro traders a sigh of relief. However, the growth prospects for the region remain gloomy, as do inflation prospects. This is most clearly seen by the 5Y5Y Euro inflation swap, a favorite price growth gauge of former ECB President Mario Draghi. 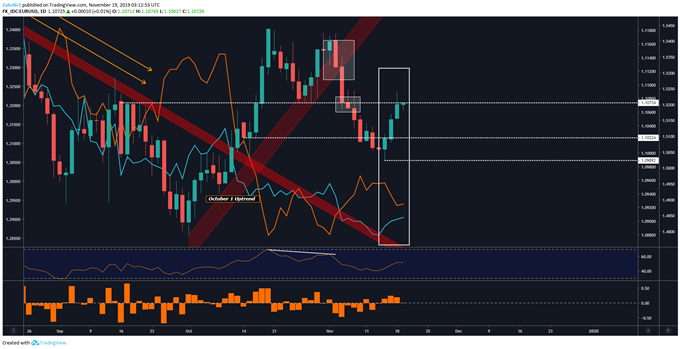