The New Zealand Dollar skyrocketed after the RBNZ unexpectedly held the Official Cash Rate at 1.00 percent, disapointing market expectations of a 25 basis point cut. NZD/USD is on course for its strongest one-day increase in almost a year. Policymakers noted that interest rates are set to remain low for a prolonged period of time but also hinted that they are exploring alternative policy measures. Read the rundown here.

The British Pound may face selling pressure if local CPI data shows softer price growth and a greater urgency for the Bank of England to cut rates in order to push inflation to the level matching the central bank’s mandate. CPI has been trending below the BoE’s 2 percent target as the disinflationary pressure of Brexit continues to undermine business confidence and sap economic activity.

Six months ago, market expectations of a BoE rate cut were below 2 percent, and the probability of a hike by the March 26 meeting in 2020 was a little over 30 percent. Now, markets see no chance that the BoE will tighten credit conditions before September 2020, but the expectation of a rate cut jumped to over 40 percent. The outlook took a notably dovish turn following the latest BoE policy meeting on November 7.

Seven members of the nine-person MPC committee agreed to hold rates at 0.75 percent while two defected, advocating for a rate cut. The internal rift caused the British Pound to fall against most of its major counterparts as traders anticipated that a sense of urgency about stimulus expansion may start to spread to other policymakers. If more key reports – like CPI – continue to underperform, it could pressure GBP as more traders price in a BoE rate cut. 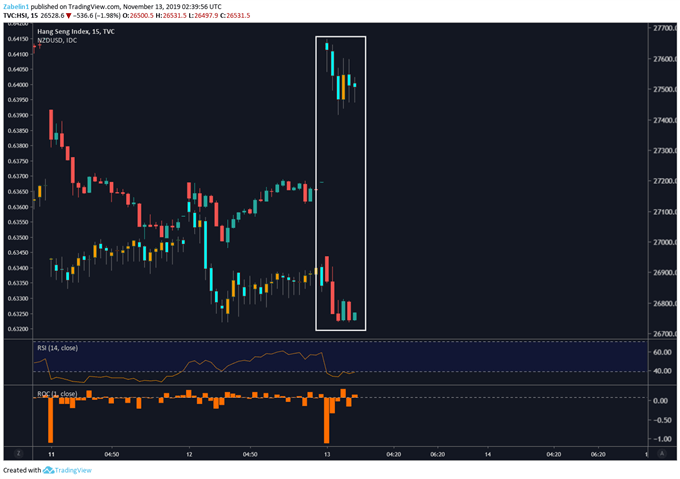