GBP/USD May Wobble Between Brexit Woes, US Consumer Confidence

GBP/USD may seesaw between Brexit uncertainty and the publication of US consumer confidence and may ultimately end the day little-changed as traders brace for the FOMC rate decision on Wednesday. However, the fundamentally-volatile nature of Brexit leaves the British Pound at the mercy of the messy divorce which could cause the pair to fall out of suspension and drastically move in any direction.

Brexit: What Happens Next?

On Monday, UK Prime Minister Boris Johnson put forward a motion to have a general election for December 12, though as anticipated, the PM failed to secure two-thirds of parliamentary votes needed for his proposal. However, Mr. Johnson will now try to amend the Fixed-term Parliaments Act which requires 434 MPs – that is, two-thirds – to back an early election. The vote is scheduled to take place on October 29. 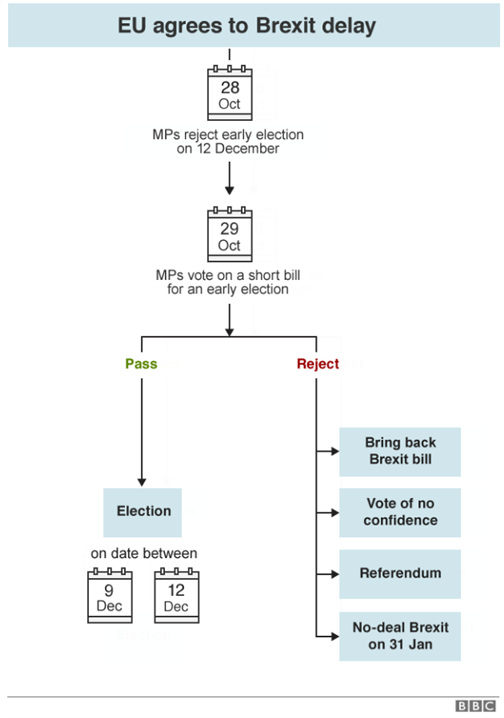 There is also the possibility that the Opposition led by Labour Party leader Jeremy Corbyn, will table a vote of no confidence. If he is able to acquire a majority of lawmakers to support it, the government will have a fortnight to convince Parliamentarians to support the current government when another vote occurs after the two-week interim is concluded. During that time, opposition parties will try to form an alternative government. 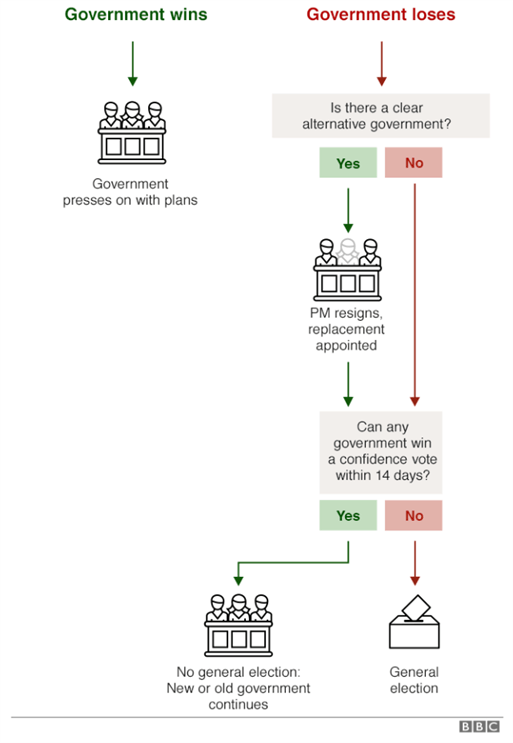 If Labour fails to create a new government, a general election would follow. The EU recently granted a “flextension” to the UK which delayed the divorce until January 31, 2020. However, prolonged periods of uncertainty could still have an impact on the British Pound and BoE. As I have previously mentioned, the central bank may act prematurely if inflation continues to slide below the central bank’s target.

Economists are expecting US consumer confidence to clock in at 128, higher than the previous print at 125.1. Over 70 percent of the world’s largest economy rests on consumption, so it is therefore not surprising that this indicator will garner attention, especially against the backdrop of a slowdown in growth. However, the publication may not elicit a strong market reaction because of the FOMC rate decision on Wednesday.