The Euro may edge higher against the British Pound if hopes for an orderly Brexit continue to dissolve. On October 17, UK Prime Minister Boris Johnson and European Commission President Jean-Claude Junker jointly announced that a Brexit deal had been reached. Sterling rallied on the news, though its upside movement was curtailed by news that the Irish Democratic Unionist Party (DUP) would not support his plan.

Securing their support is essential if Mr. Johnson wants to pass a deal through the House of Commons. If he fails to do so, it could severely derail plans for an orderly Brexit which would likely see the British Pound reverse a significant portion of its recent gains. However, EU Council President Donald Tusk has not ruled out the possibility of an extension if lawmakers failed to agree on a deal on Saturday.

In Parliament there are currently 287 voting conservative lawmakers which Mr. Johnson will need if his proposal is to survive. He may also have to lean on over 20 former Tory MEPs who switched over to become independents. However, that may not be enough votes which may compel the PM to ask for help across the political aisle.

Market Analysis of the Day: Will the British Pound Reverse its Recent Gains? 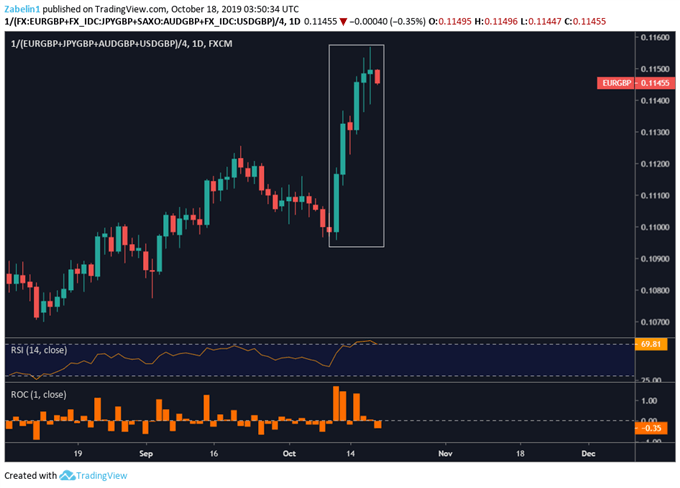