The economic agenda brings little to the table on Friday, leaving traders focused on the Jackson Hole symposium. Market participants will be especially keen to tune in when Fed Chairman Jerome Powell speaks at the conference at around 14:00 GMT. His comments on the growth outlook may stoke risk aversion and lead to a US Dollar rally that may also be buttressed by hints that the Fed is not as dovish as markets think.

At the most recent FOMC meeting, Mr. Powell stated that the rate cut was not the start of an easing cycle but more of an effort to maintain the economic expansion. Despite markets receiving a 25-basis point cut, equities fell because the nature of the comments were comparatively less-dovish than what they were expecting. We may see a similar reaction tomorrow where US Dollar strength will preview at the expense of equities.

Having said that, fundamental headwinds could make it more difficult to remain neutral. Weakening growth prospects out of the Eurozone and China is undermining demand for US exports against the backdrop of the ongoing US-Sino trade war. Markets are also still having to contend with the fear that a cross-Atlantic trade war between the EU and US could still happen and further dampen inflationary pressure.

Furthermore, the roughly $17 trillion market for negative-yielding bonds – meaning lenders pay the coupon rate to the borrower vs the other way around – suggests markets are bracing for what could be a dreary road ahead. This is compounded by concerns that hidden weaknesses in the financial system – like unstable collateralized loan obligations – could exacerbate a downturn and further pressure global growth prospects. 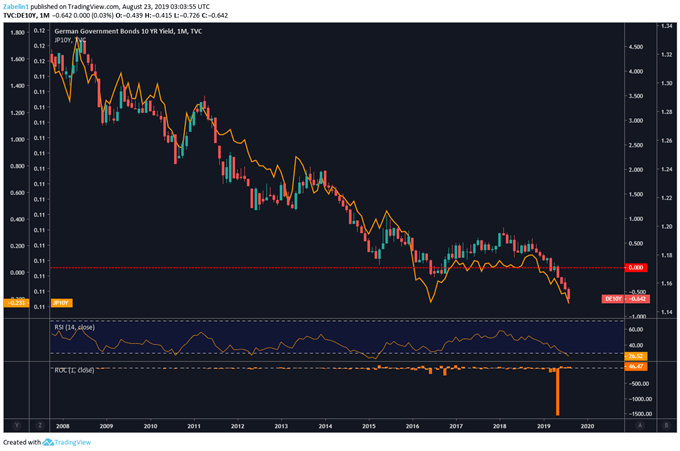