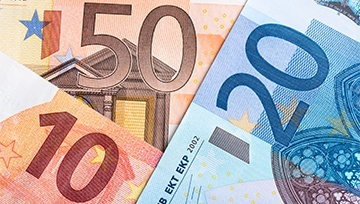 EURUSD Retreat May be Mitigated by US Data - GBP Eyeing BoE

Asia Pacific equities were a mixed bag while the FX market was showing traders expressing a modestly risk-on tilt. The Japanese Yen was down against most of its major counterparts while the New Zealand and Australian Dollars were hovering marginally higher. The biggest event risk today was the RBNZ’s decision to hold the OCR at 1.50 percent and the Kiwi ended higher despite signals of another cut down the road.

EURUSD traders will be closely watching the release of US Durable Goods Orders with preliminary numbers for May showing an estimate of a 0.2 percent contraction, marginally less severe than the previous -2.1 print. If the data underwhelms, it could fuel dovish expectations despite St. Luis Fed President James Bullard’s defusing commentary on future rate cuts, adding that a 50 basis point slash in July would be overdoing it.

If this is the case, EURUSD may attempt to re-enter the 1.1388-1.1424 range if the US Dollar takes a big enough hit. Conversely, a surprise to the upside could cause the pair to fall around the 1.34 area. However, the long-term fundamental outlook suggests EURUSD will capitulate and resume its prior downtrend, though not necessarily to the same degree that it was before it broke out from under an 18-month descending ceiling.

If you want to learn more about the fundamental outlook for Europe, be sure to follow me on Twitter @ZabelinDimitri.

Sterling traders will be carefully watching the commentary from Bank of England officials Jon Cunliffe, Silvana Tenreyro and Governor Mark Carney. The main topic of discussion will likely again revolve around Brexit, and their reassessment of the situation may cause capital flight from GBP – much like last week. Uncertainty about the EU-UK divorce continues to rise in light of the ongoing race for Prime Minister.

Boris Johnson is currently in the lead, and a decision of the winner will be announced during the week of July 22. The outlook has become considerably cloudier with potential storm clouds brewing on the horizon after the frontrunner pledged to get Britain out of the EU by October 31. He also added that Parliament is also ready to back a no-deal outcome; GBPUSD certainly felt the pain.

CHART OF THE DAY: EURUSD MAY ATTEMPT TO RETEST RESISTANCE IF US ECON DATA DISAPPOINTS