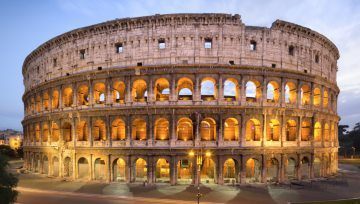 The Euro will likely experience higher-than-usual volatility tomorrow after Italian GDP data is published amid strained inter-European relations after the most recent EU-wide parliamentary election. Adding to the docket of risk is the growing antagonism between Rome and Brussels over the former’s budgetary ambitions, and the increasing probability of a snap election in the third-largest eurozone economy.

Quarter-on-quarter GDP is expected to show a 0.2 percent print, while year-on-year estimates have GDP pegged at 0.1 percent. The economy only recently slid out of a technical recession – defined as two consecutive quarters of contraction – though this shallow victory offers little solace to investors. Italy’s growth trajectory has been revised down already several times, and Rome is engaging in a familiar fight with Brussels.

The battle of budgets between the two have resumed, and a letter from the EU was sent to Rome notifying them that unless they modify their budgetary plans, the Italian economy may suffer a $4 billion fine. The disciplinary process – known as the Excessive Deficit Procedure – may risk putting the Italian economy under additional weight by virtue of its already-precarious growth prospects.

This also has the potential to drive up borrowing costs and increases the possibility of another – and potentially more severe – Eurozone debt crisis. Around this same time last year, Italian 10-year bond yields spiked over 30 percent after local elections were held. The rise in yields may be compounded by growing fears of a snap election after Lega Nord leader Matteo Salvini threatened to dissolve the current government.

This is unless his coalition partner’s party – Five Star Movement – backs his tax plan. M5S leader Luigi di Maio and Salvini have grown increasingly at odds with each, and the political fracture has led to concerns that greater political instability in a key Eurozone member state could undermine confidence in the Euro. At the time of writing, EURUSD is down over four percent since May 31, 2018.

TRADE WARS, US PCE CORE DATA – HOW WILL IT IMPACT THE FED?

EURUSD and global financial markets will have their eye on the release of PCE core data because of the implications it has for Fed monetary policy. At the last meeting, Fed Chairman Jerome Powell stated that the temporary lull in inflationary pressure was “transitory”, implying that there is scope to raise rates if price growth shows improvement.

The Fed’s neutrality may therefore be tilted to comparatively more hawkish if prevailing inflationary pressure shows promise. However, global sentiment and local consumer confidence will likely be dented after US President Donald Trump threatened to impose tariffs against Mexico unless they implemented efforts to curb immigration to the US.

The five percent tariff on all Mexican goods will be effective June 10 and could go as high as 25 percent on October 1. After the news broke, USDMXN spiked over two percent while S&P 500 futures plummeted. The US is also in the process of renegotiating a trade deal with the EU, though a divergence on policy toward Iran may end with Washington imposing sanctions against Europe.

CHART OF THE DAY: EURUSD GASPING FOR BREATH AS DOWNTREND CONTINUES 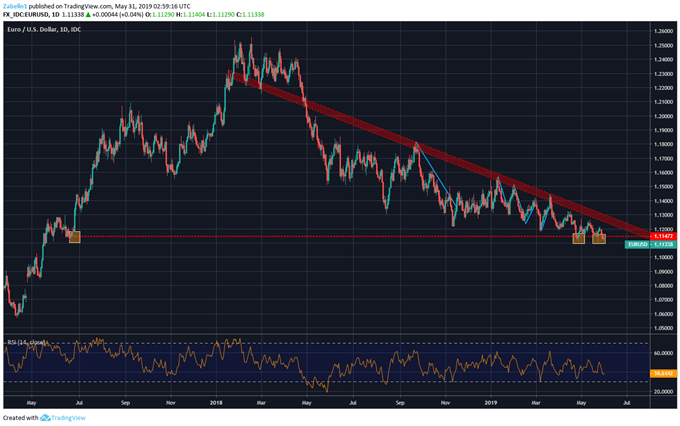