Eurozone PMI data headlines an otherwise quiet data docket in European trading hours. The regional composite measure is expected to show that the pace of manufacturing- and service-sector growth remained unchanged in February from the 5.5-year low recorded in the prior month. A downside surprise echoing recently disappointing regional data may weigh on the Euro.

The spotlight turns to a busy offering of US economic activity indicators thereafter, with durable goods orders statistics and Markit PMI surveys taking top billing. The latter data set may be most interesting in that it will offer a particularly timely assessment of the business cycle after minutes from January’s FOMC meeting reinforced the Fed’s commitment to a data-dependent, “wait-and-see” approach yesterday.

Services account for close to 80 percent of the US economy. The PMI gauge tracking that sector has tended to outperform relative to baseline forecasts since August, suggesting analysts’ baseline models have been gloomier than warranted. Evidence of more of the same this time around might inspire a shift away form recent dovish extremes on priced-in Fed policy bets, boosting the US Dollar.

The Australian and New Zealand Dollars underperformed in volatile Asia Pacific trade. Both currencies plunged after China unexpectedly blocked Australian coal imports at its shipping hub in Dalian. The two currencies’ home countries count on the East Asian giant as their largest export market besides each other. Sudden barriers to access thus understandably stoke worries about near-term growth prospects. 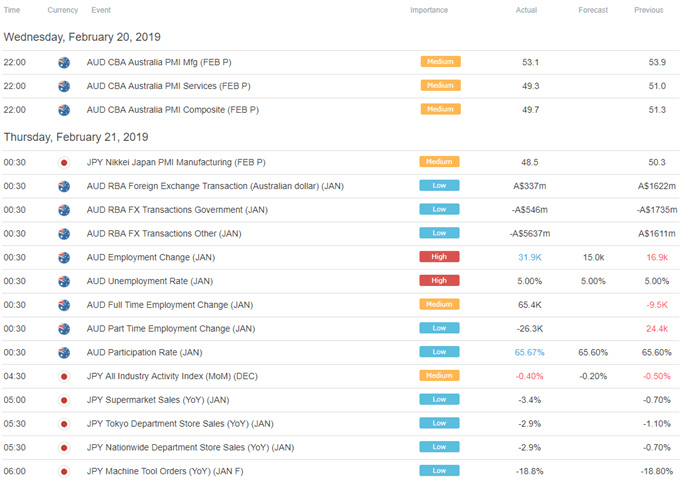 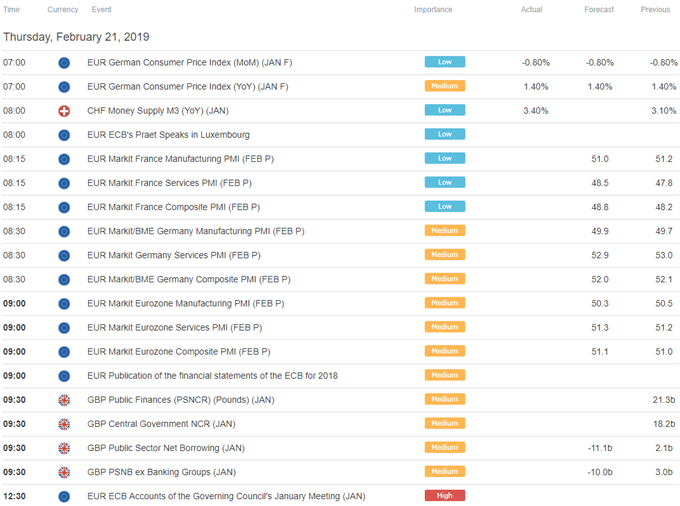