A second revision of Eurozone GDP data headlines the economic calendar in European trading hours. It is expected to confirm that output grew 0.2 percent in the fourth quarter, confirming initial estimates. The analogous print out of Germany fell short of expectations show the currency bloc’s largest economy ground to a standstill in the final three months of 2018.

That might open the door for disappointment on the region-wide measure, echoing over five months of steady deterioration in data outcomes out of the currency bloc relative to economists’ projections. The Euro shrugged off Germany’s result but may yet come under pressure in the event of a potent-enough miss when the broader-based release comes across the wires.

The spotlight then shifts to December’s US retail sales data. A slowdown in receipts growth is expected, with a rise of 0.1 percent marking the worst showing in three months. An upside surprise extending over two months of outperforming statistical results out of the world’s largest economy might help prolong the recent shift in Fed policy bets to a less-dovish setting, sending the US Dollar upward.

BRITISH POUND EYES ANOTHER ROUND OF BREXIT DEAL VOTES

Meanwhile, the UK Parliament will vote on another set of amendments to the Brexit withdrawal plan negotiated by Prime Minister Theresa May. The ordeal has lost a bit of its luster after Ms May said yet another vote is to be held on February 27. Asking MPs to make a call on the so-called Cooper-Boles amendment aimed at delaying Brexit if no deal with the EU is finalized will now be delayed until then.

Besides that, policymakers will take up a host of amendments. These include motions to: enshrine the February 27 vote into law (as of now it is merely promise from the PM); offer MPs a secret ballot to express their views on a preferred Brexit path before opining Ms May’s approach; cancel Brexit altogether; publish updated projections on the divorce’s economic impact; and hold a second national referendum.

Most of these efforts seem rather fanciful and unlikely to pass. The Brexit saga has been replete with surprises bucking conventional wisdom however, including the outcome of the fateful 2016 referendum itself. If one or more of the amendments meaningfully shifting power over the EU/UK split from the government to Parliament succeeds, the British Pound might celebrate. 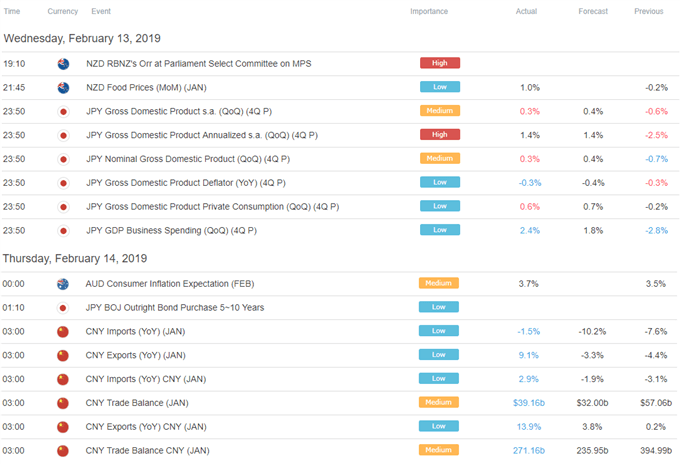