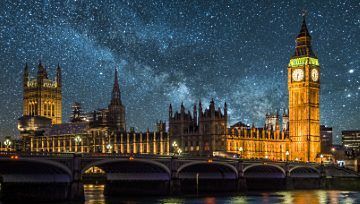 The British Pound turned broadly lowerin Asia Pacific trade. UK Prime Minister Theresa May managed to secure a Brexit deal with her EU counterparts and even managed to have it “grudgingly” approved by her cabinet, but eurosceptic members of her own Conservative Party have lined up in opposition. In fact, the road to parliamentary approval looks so treacherous that it may yet cost Mrs May her job.

The infighting comes at a critical time. Brexit is scheduled to happen in March and everyone needs to be on the same page to avoid a destabilizing no-deal divorce that will almost certainly roil financial markets and destabilize the economy. Not surprisingly, worries about such an outcome sent investors scrambling out of GBP-denominated assets.

The Prime Minister is due to explain the deal in Parliament today. In the absence of otherwise eye-catching scheduled event risk, how it is greeted will probably set the stage for overall G10 FX price action in European trade. A hostile reception that portends rebellion and instability may transmit selling pressure beyond Sterling and trigger broad-based risk aversion, boosting the anti-risk Japanese Yen and US Dollar.

AUSSIE DOLLAR UPTICK MAY BE SHORT-LIVED

Meanwhile, the Australian Dollar roared higher, leading the way against its G10 FX counterparts after an impressive set of labor-market statistics. The currency rose alongside local bond yields, showing the upbeat result inspired a hawkish shift in RBA policy bets. Still, a rate hike is not priced in until late 2019 at the earliest, which may crimp upside follow-through. 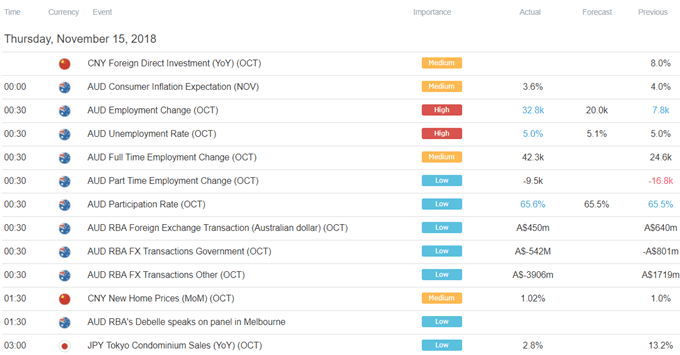