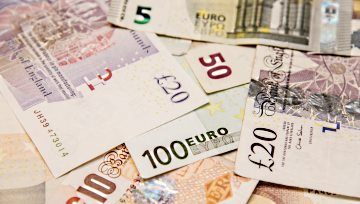 Pound, Euro May Overlook UK CPI and EZ GDP with Politics in Focus

UK CPI data headlines the economic calendar in European trading hours. The headline on-year inflation rate is expected to tick up to 2.5 percent in October, rebounding from a three-month low at 2.4 percent set in the prior month.

Economic data flow out of the UK has increasingly deteriorated relative to forecasts recently, opening the door for a downside surprise. Such a result may have relatively limited implications for the British Pound however with BOE policy on hold through mid-2019 and all eyes on a possible Brexit breakthrough.

Prime Minister Theresa May has reportedly won “grudging” support among cabinet ministers for the accord she struck with Brussels, according to The Sun. Sterling may get a boost if that is confirmed following a government meeting today.

Eurozone GDP data may also fade into the background as the Euro likewise reflects political developments. Italy and EU authorities are clashing over a budget that Brussels says violates the regional bloc’s fiscal rules. Meanwhile, Sweden is still struggling to form a government.

US CPI is due later in the day. Here too, a rise to 2.5 percent is expected in October, up from a seven-month low of 2.3 percent previously. In this case however, an upside surprise may be in store. That coupled with dependably hawkish comments from Fed Chair Powell may boost rate hike bets and the US Dollar. 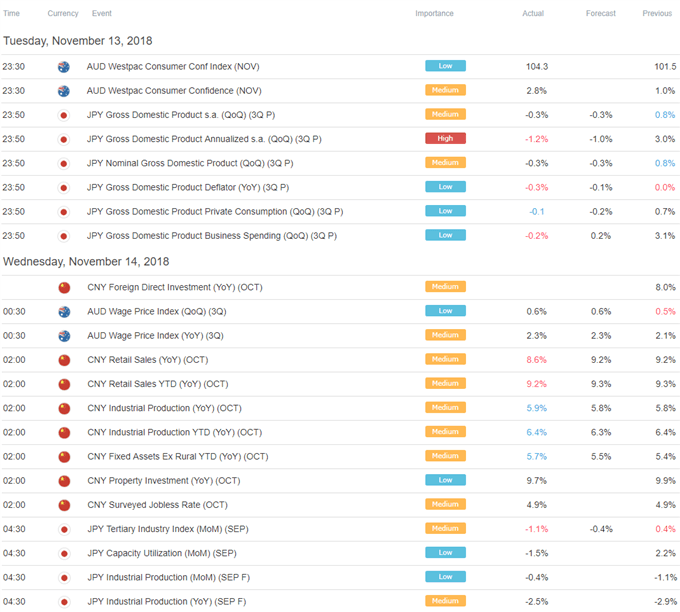