Yen, Franc and US Dollar Fall in Cheery Markets. Will This Last?

A lull in top-tier scheduled event risk seems to be allowing investors a bit of room to rebalance exposure ahead of the week-end. A sharp rebound in Chinese share prices probably helped. The benchmark CSI 300 index is on pace to add over 2 percent after hitting the lowest level in almost three years.

Sentiment trends are likely to remain at the forefront. Benchmark FTSE 100 and S&P 500 index futures are pointing higher before the opening bell in London and New York, hinting that the risk-on bias aims to prevail through the closing bell on Wall Street.

Critically, none of the headwinds souring investors’ mood in recent sessions have been diminished. Italy remains on course for a clash with EU authorities, a Brexit deal is still elusive and the ascent of anti-establishment political leaders across the world is fueling broad-based uncertainty.

Rising borrowing costs are encouraging the move toward de-risking. The Federal Reserve looks firmly committed to press on with steep interest rate hikes all the while balance sheet reduction gathers steam. This is amplified by the unwinding of ECB QE.

Put simply, the markets are becoming increasingly challenging even as the cost of making a mistake increases. Traders are likely to be more defensive against this backdrop. That hints at further gains for the Yen, Franc and US Dollar at the expense of stocks as well as cycle-linked commodities and currencies. 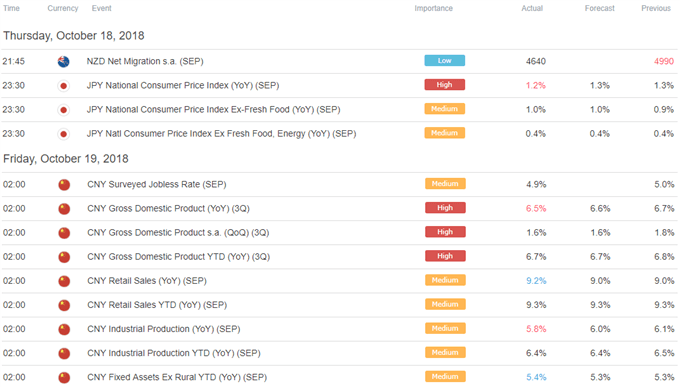