Euro and US Dollar Focused on Fed, May Look Past Key Data

Eurozone CPI and GDP data headlines the economic calendar in European trading hours. The headline inflation rate is expected to hold steady at 2 percent on-year in July. Meanwhile, output growth is seen slowing from 2.5 to 2.2 percent in the second quarter, the weakest in over a year.

The Euro largely ignored German CPI data yesterday, as expected. A similarly muted outcome seems likely this time given the outcomes’ limited implications for near-term ECB policy. QE asset purchases are essentially on autopilot and rates aren’t seen rising until at least October of next year.

Later in the day, the Fed’s favored PCE price growth gauge is due to cross the wires. The trend growth rate is seen holding on-target at 2 percent on-year for a second month. Here too however, follow-though may prove to be lackluster as the US Dollar looks ahead to the looming Fed policy announcement.

The Yen fell after the Bank of Japan said it intends to keep rates low for an “extended period of time” and lowered forecasts for inflation from the current fiscal year through FY2020. While policymakers maintained their JGB holdings target, they pledged to allow more flexibility in bond purchase operations.

The strategy for ETF purchases seems to have seen the most adjustment. The BOJ will now focus its efforts on buying securities tracking the Topix rather than the Nikkei benchmark index, although officials said market conditions may spur further changes.

On balance, the markets seemed to see the outcome as relatively dovish. Speculation about dialing stimulus swelled before today’s announcement amid concerns about its impact on commercial bank profitability. What ultimately emerged looks more like tinkering at the margins rather than a clear-cut change of course.

The Canadian Dollar also fell after the National Post reported that officials from its home country will be kept out of high-level talks between US and Mexican negotiators on the fate of the NAFTA free trade pact. The newspaper cited unidentified sources familiar with the matter. 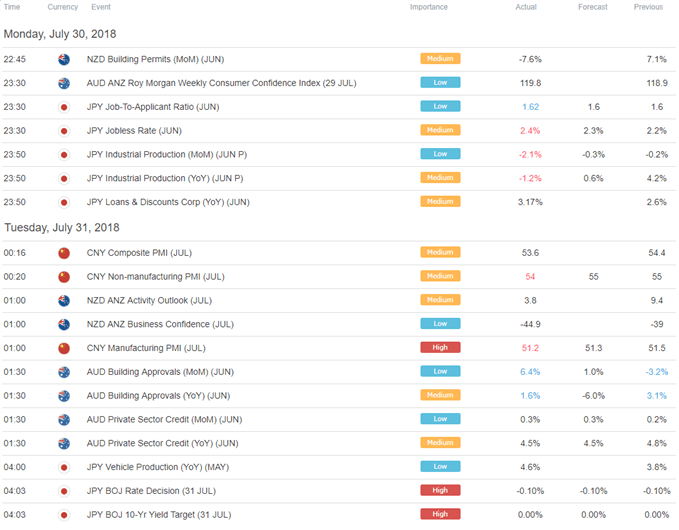 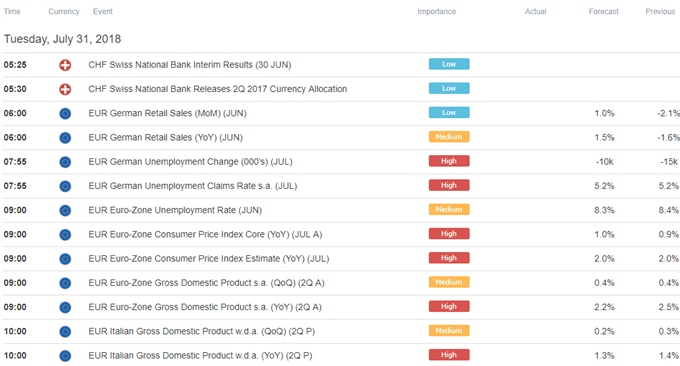