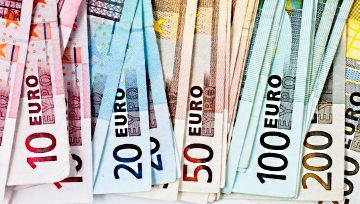 The Euro traded sharply higher to start the week after Italian President Sergio Mattarella vetoed the nomination of eurosceptic economist Paolo Savona for post of Economy Minister in the fledging coalition government of the far-right League and anti-establishment Five Star Movement.Prime Minister-designate Giuseppe Conte swiftly abandoned administration-building efforts, which may open the door for a technocrat caretaker cabinet to take the reins until a new election is held in autumn.

The news signaled that the ascendancy of an anti-Euro government in the currency bloc’s third-largest economy will not go unchallenged, with a simmering crisis now potentially defused (at least in the immediate term). The Swiss Franc duly fell, unwinding some of gains scored on the back of Euro area turmoil in recent weeks. Broader risk sentiment also brightened, sending the Australian and New Zealand Dollars upward while the Yen and the US Dollar lost ground.

The Canadian Dollar suffered as crude oil prices continued to plunge following Friday’s brutal selloff. Oil is one of Canada’s top exports, which frequently leads investors to interpret large moves in the commodity’s price as having knock-on effects on the country’s growth prospects. That is extended to shaping expectations for inflation and thus monetary policy, which understandably impacts the currency. Follow-through may be lacking however traders wait for the looming BOC rate decision to commit to a direction.

Looking ahead, a barebones offering of scheduled event risk leaves established momentum without obvious roadblocks to continuation. Still, the political landscape in Italy remains fluid and may yet bring negative news-flow that sours investors’ disposition. Tensions in Spain may also sting after the opposition Socialists called for a vote of no confidence in embattled Prime Minister Mariano Rajoy. Finally, a US market closure has drained overall liquidity, which might diminish wherewithal for follow-though.