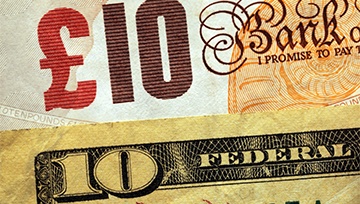 Pound May Rise as BOE Sees Hikes Ahead, US Dollar Eyes CPI Data

All eyes are on the Bank of England in European trading hours. The so-called ‘Super Thursday’ is upon us, when the central bank’s release of minutes form the latest sit-down of the MPC rate-setting committee and the resulting policy decision will be coupled with an updated Quarterly Inflation Forecast (QIR) document. This is the man vehicle for the BOE to deliver major forward guidance updates.

The British Pound has swooned as bets on a May interest rate hike fizzled. Indeed, the probability of an increase at today’s meeting was priced in at a hefty 87.3 percent just one month ago. It now stands at a meager 12.3 percent. In the meanwhile, the message from the BOE has hardly changed, with Governor Carney hinting at a shallow but upward-sloping rate path in the coming several years.

On balance, that underlying bias has probably remained unchanged. However, whereas saying so seemed dovish at a time when tightening appeared to be imminent, it might register as almost hawkish now after three weeks of brutal Sterling weakness. With that in mind, a status-quo announcement might translate into something of a corrective recovery for the battered currency.

Later in the day, the spotlight turns to US CPI data. The headline inflation rate is seen rising to 2.5 percent while the core measure stripping out volatile food and energy prices hits 2.2 percent on-year. Both outcomes would mark 14-month highs. An upside surprise echoing clues in leading PMI survey data might reenergize bets on an aggressive Fed rate hike cycle, sending the US Dollar upward. 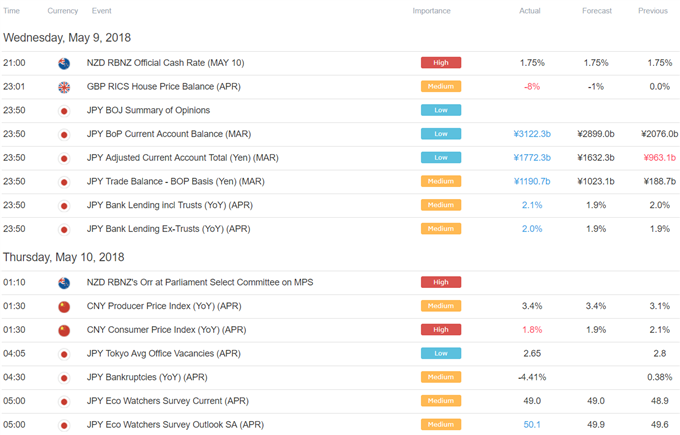 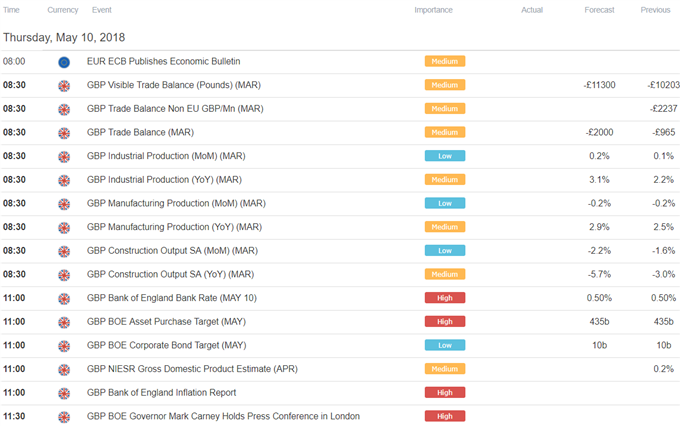