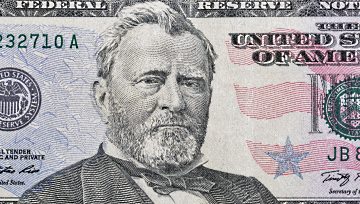 The US Dollar underperformed against its major counterparts in Asia Pacific trade, correcting lower after touching a one-month high on Friday. The British Pound and the Euro led the way higher having been weakest against the greenback as it launched an aggressive recovery last week.

The European data docket offers little by way of market-moving catalysts. That might put sentiment trends at the forefront, with a strongly positive lead in FTSE 100 and S&P 500 futures hinting at a risk-on mood ahead. That might bode ill for the greenback and the Yen as G10 FX alternatives advance.

Investors’ disposition may be altered as US President Donald Trump unveils a much-anticipated infrastructure upgrade plan. He is expected to propose spending $1-1.5 trillion in total, of which about $200 billion would come directly from federal funding. State and local governments would cover the rest.

The announcement’s impact will be determined by the markets’ willingness to believe that a relatively small down payment from the federal coffers will be enough to deliver as grand an impact as promised. The proposal’s operational details – or lack thereof – will probably determine investors’ assessment.

If the President makes a compelling case for why his scheme will work as advertised, that is likely to be seen as inflationary and thereby likely to steepen the Fed’s rate hike path. That may renew USD’s advance and stoke market-wide risk aversion. A vague offering might produce the opposite results.

Check out our free guide to see DailyFX analysts’ top trading ideas for 2018 !