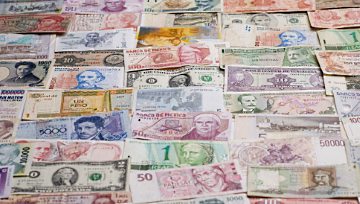 The New Zealand Dollar soared after Adrian Orr was named as the next Governor of the RBNZ. He will take over from interim governor Grant Spencer on March 27. Spencer has been filling in for Graeme Wheeler, who left the post before his term ran its course.

Mr. Orr is currently the chief executive of the New Zealand Superannuation Fund (NZSF) and was previously a deputy governor at the RBNZ. He has also held leadership posts at New Zealand’s Treasury, the OECD and the Westpac Banking Corporation.

It is this extensive experience that likely explains the Kiwi’s response to the announcement. Newly-minted Prime Minister Jacinda Ardern is pushing to change the central bank’s mandate and the markets probably reasoned that a seasoned veteran at the helm is now particularly important.

The Australian Dollar likewise traded higher as Asia Pacific stock exchanges followed Friday’s positive lead from Wall Street, offering a lift to the sentiment-sensitive currency. On the other end of the spectrum, the perennially anti-risk Japanese Yen declined.

Looking ahead, a quiet offering on the data docket may keep risk appetite at the forefront. Futures tracking the FTSE 100 and S&P 500 stock indexes are pointing convincingly higher before London and New York come online, hinting that overnight trading patterns may find follow-through in the hours ahead.

As ever, politics remain an important consideration. EU diplomats will gather to work on next steps in the Brexit process while technical teams gather to work on a renegotiated NAFTA trade deal. Meanwhile, US fiscal stimulus prospects will continue to be weighed against progress in Mueller probe.

Want to learn how to incorporate economic news flow into your trading strategy? See our guide! 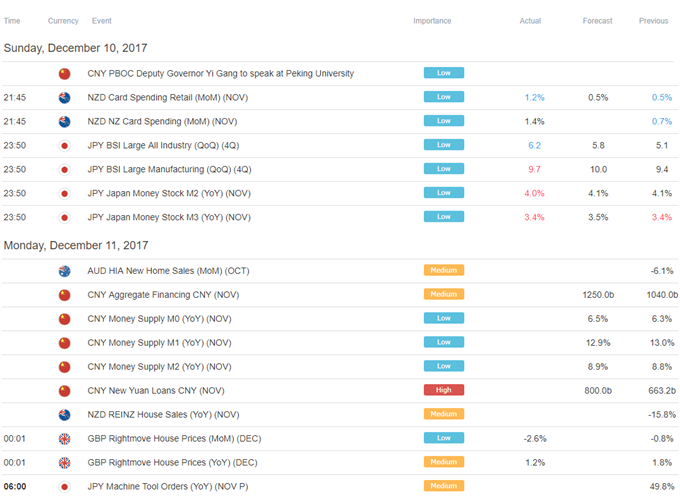