A revised set of third-quarter Eurozone GDP figures headlines a lackluster offering on the European economic data docket. The on-year growth rate is expected to register an eight-year high of 2.5 percent, matching previously released estimates. The outcome seems unlikely to mean much for the Euro however considering its limited implications for the ECB, where policy seems to be on auto-pilot in the near term.

Rather, the single currency might find get some help from the political side of equation. Germany’s center-left Social Democratic Party (SPD) will hold a convention in Berlin. This might produce a vote approving coalition talks with Angela Merkel’s CSU/CDU bloc. Such an arrangement would restore stability at the helm of the currency bloc’s largest economy and is likely to be greeted by investors.

On the sentiment front, futures tracking the FTSE 100 and S&P 500 equity benchmarks are pointing higher before London and New York come online. This hints at a risk-on mood ahead and might be most obviously market-moving for the Japanese Yen, driving it lower. About-face intraday reversals of the prevailing market mood over the past three sessions argue against reading too much into such cues however.

The Australian and New Zealand Dollars fell in Asia Pacific trade, moving inversely of a rise in front-end US Treasury bond yields. This hints at speculation that a steeper Fed rate hike path will see the US Dollar supplant the two currencies as an object of carry trade demand. Indeed, the greenback traded broadly higher. The Aussie’s losses were compounded by disappointing trade balance data.

What is the #1 mistake that traders make and how can you fix it? Find out here! 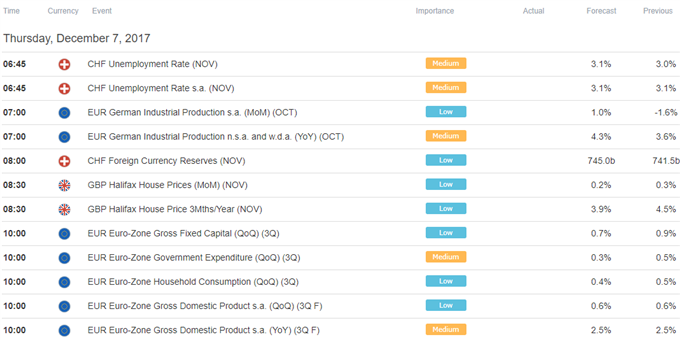