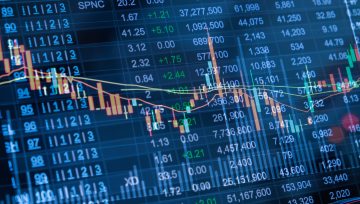 The Australian and New Zealand Dollars rose as risk appetite improved, offering a lift to the sentiment-sensitive currencies. Asian bourses appeared to be looking backwards, tracking lower to echo a downbeat day on Wall Street. The highest yielders in the G10 FX space marched higher alongside S&P 500 futures however. The Aussie led the way higher with some help from a cautiously upbeat RBA policy statement.

The perennially anti-risk Yen declined even as Japanese shares moved considerably lower, seemingly underscoring currency markets’ focus on where sentiment is going rather than where it’s been. It was the British Pound that suffered outsized losses however. Sterling seemed to succumb to disappointment at the absence of a Brexit deal following UK/EU talks on Monday having managed to hold firm yesterday.

Looking ahead, a relatively quiet offering on the European economic data docket offers relatively little to inspire a strong response from exchange rates. UK PMI data is the most eye-catching of the releases on offer and it seems unlikely to take the spotlight away from Brexit-related matters, particularly after the BOE has signaled its intent to remain on the sidelines for the near term.

Later in the day, the service-sector US ISM report may be an afterthought on similar grounds. A rate hike at next week’s FOMC meeting is all but fully priced in, with the probability of an increase implied in Fed Funds futures at 98.3 percent. That seems to shift investors’ focus on the 2018 policy path and thus rob the release of most of its market-moving potential.

On balance, that seems to keep risk trends at the forefront. US stock index futures continue to gain ground ahead of the opening bell in New York and European equivalents are starting to follow suit. This hints that trade dynamics noted in the Asia Pacific session have scope for follow-through. As ever, politics may disrupt momentum however as Brexit- and “Trump trade”-related matters remain very much in focus. 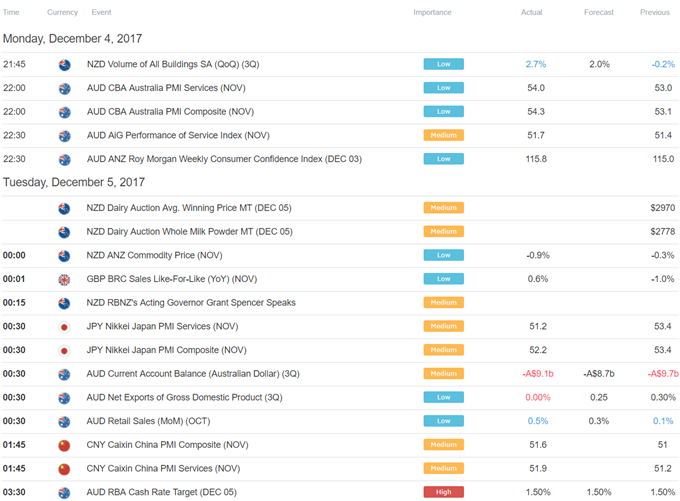 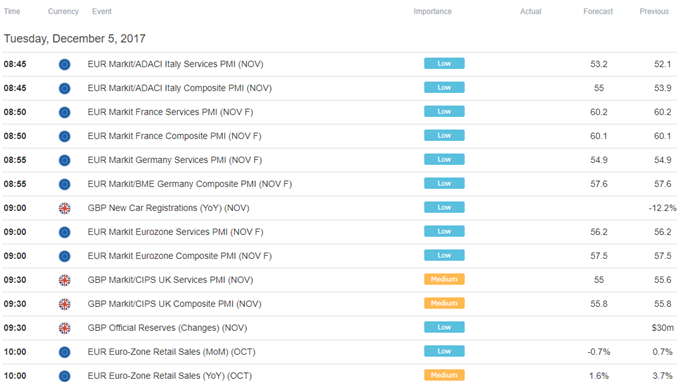