A lackluster offering on the European economic data docket is likely to put US news-flow back into the spotlight. The Fed’s favored PCE inflation gauge is due to cross the wires, with the core on-year inflation rate seen holding steady at 1.3 percent. An upside surprise echoing recently upbeat US data outcomes may stoke rate hike speculation, boosting the US Dollar.

The greenback may find it challenging to build data-driven momentum however. First, the proximity of Wednesday’s FOMC policy announcement probably makes traders leery of directional commitment. Second, politics could interfere as President Trump prepares to name the next Fed Chair and Special CounselRobert Mueller unveils the first indictment in his probe into the Trump campaign’s links to Russia.

Rumors suggesting Fed Governor Jerome Powell may be promoted to Chairman when Janet Yellen ends her term in February hurt the US currency on Friday as markets seemingly reckoned that to be comparatively less dovish than installing Stanford economist John Taylor at the helm. A similar fate may befall the benchmark unit if Mr Powell’s chances appear to be firming further.

Meanwhile, Mr Mueller’s seminal move might be interpreted as undermining prospects of securing the passage of tax reform legislation. Speculation that inflationary tax cuts will force the Fed into a steeper tightening cycle has been a major upward driver for the Dollar in recent weeks. If Mueller’s announcement is seen as a roadblock on this front, some of those gains may evaporate.

The New Zealand Dollar underperformed in otherwise muted Asia Pacific trade. The move appeared to be corrective after Friday’s outsized advance that saw the Kiwi lead the way higher against all of its G10 FX counterparts. That impressive advance probably reflected broad-based support for rates-sensitive USD alternatives triggering a retracement of dramatic losses suffered over the prior two weeks.

What is the #1 mistake that traders make, and how ca you fix it? Find out here. 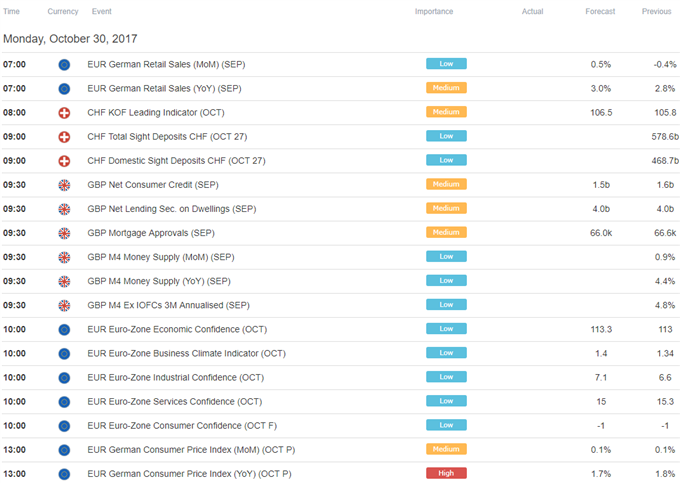