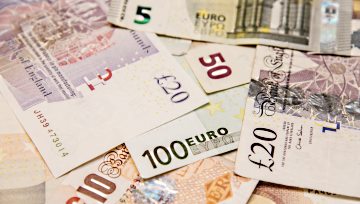 Eurozone PMI data is expected to show that manufacturing- and service-sector activity growth slowed in October. Meanwhile, the ECB Bank Lending Survey may offer clues about the extent to which the central bank’s QE effort has helped stoke credit growth. Neither seem likely to get a lasting reaction from the Euro however as traders await Thursday’s monetary policy announcement.

Meanwhile across the English Channel, UK Chancellor of the Exchequer Philip Hammond will testify in the House of Commons. That might bring fresh insights on who is shaping the government’s position in Brexit negotiations. If that seems to be the relatively conciliatory Hammond, the British Pound may rise. Signs that “hard” Brexiteers like Boris Johnson have the upper hand might send the currency lower.

The New Zealand Dollar continued to tumble in Asia Pacific trade following a brief respite yesterday as Labour leader and incoming Prime Minister Jacinda Ardern again promised to “review and reform” the RBNZ’s mandate. While it will take some time to nail down precisely what might mean in practice, markets seemed sufficiently unnerved by the uncertainty to shun NZD-denominated assets.

The US Dollar turned lower as markets digested Friday’s surge, a move driven by hopes for inflation-driving tax cuts after the Senate adopted a 2018 budget resolution. Investors’ initial exuberance may have given way to a broader look at the fiscal landscape: the administration has struggled to legislate despite Republicans’ Congressional majority and is yet address uncertainty about who will be the next Fed Chair.

Need help incorporating economic news into your trading strategy? Get our guide here! 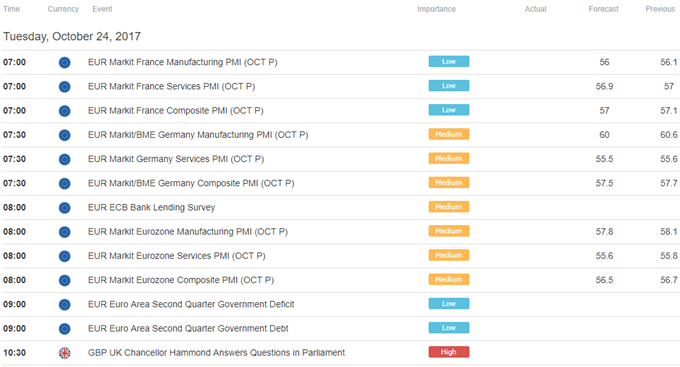