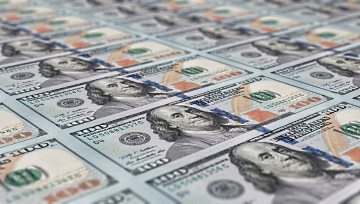 US Dollar May Erase Near-Term Losses as FOMC Minutes Approach

The US Dollar edged lower against the G10 FX majors in Asia Pacific trade, extending what looks like a corrective pullback started in the prior session. The greenback hit a six-week high against an average of its top counterparts on Friday as September’s jobs report added to evidence arguing for another Fed rate hike before year-end. A lull in top-tier news flow since then seems to have allowed room for profit-taking.

Tellingly, the front-end US bond yields stalled after hitting the highest level since June 2009 on Friday – underscoring that progress on Fed policy speculation has stalled – while the yields-sensitive Australian Dollar outperformed against anti-USD alternatives. The New Zealand Dollar failed to capitalize despite a similar profile to its Aussie cousin, undermined by lingering political uncertainty.

From here, a lackluster offering of European and US economic data leaves the markets without an obvious object of speculation in the day ahead. FTSE 100 and S&P 500 futures are trading conspicuously flat, arguing against a strong sentiment-derived lead before London and New York come online. Absent a headline-driven volatility surge, that may keep financial markets in digestion mode.

That may see the US Dollar claim some of the ground lost intraday, with traders probably unwilling to commit to a strong directional bias until minutes from September’s FOMC meeting cross the wires on Wednesday. That along with Friday’s CPI statistics line up as the next key inflection points shaping the probability that Janet Yellen and company will tighten again in 2017. 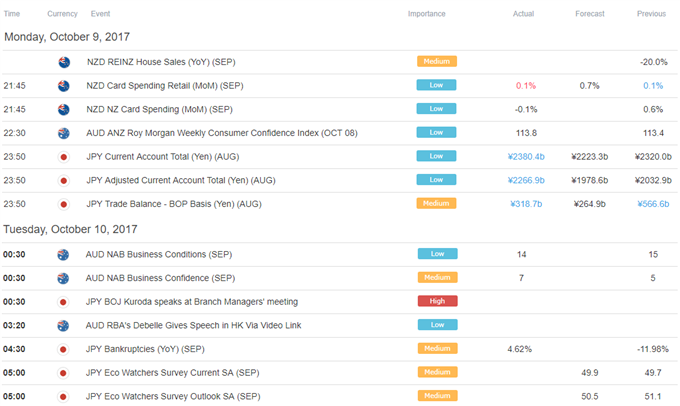 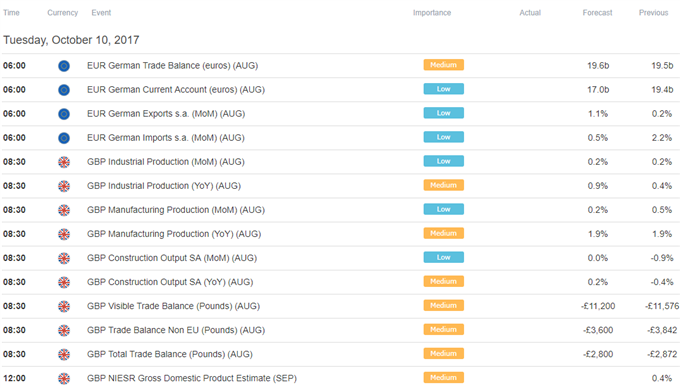