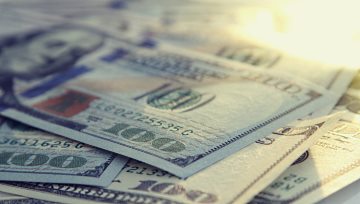 US Dollar May Resume Advance Unless Politics Spoil Risk Appetite

The US Dollar turned broadly lower against its major counterparts in Asia Pacific trade, extending a reversal started in the prior session. A pause in news-flow fueling Fed rate hike speculation seemingly opened the door for a corrective pullback after the benchmark currency hit a one-month high.

Appropriately, rate-sensitive FX at both ends of the yield spectrum – the Australian and New Zealand Dollars on one side and the Japanese Yen at the opposite extreme – led the way higher against the humbled greenback. Incoming news-flow may revive its fortunes however.

September’s non-manufacturingISM survey and ADPemployment statistics are on tap. A slight pickup in service-sector growth and a slowdown in job creation are expected. Outcomes echoing a steady stream of upside US data surprises since mid-June may put the benchmark currency back on the offensive.

A speech from Fed Chair Janet Yellen may also help. She has made no secret of her optimism about reflation and support for continued (albeit gradual) stimulus withdrawal. While this speech is not explicitly policy-oriented, comments implicitly supporting the case for near-term tightening may yet emerge.

Political jitters might upset the landscape however. US senators Richard Burr and Mark Warner will hold a press conference on the Select Committee on Intelligence’s investigation into Russian meddling in the 2016 presidential election. The event is due to start at 16:15 GMT.

UK PMI figures headline the data docket in European hours. The composite index is expected to show the pace of nonfarm economic activity growth slowed for a second month in September. A soft result matching disappointments on manufacturing and construction PMI surveys might lead the British Pound lower.

Where are major currencies, commodities and stock indexes heading in Q4? See our forecast here! 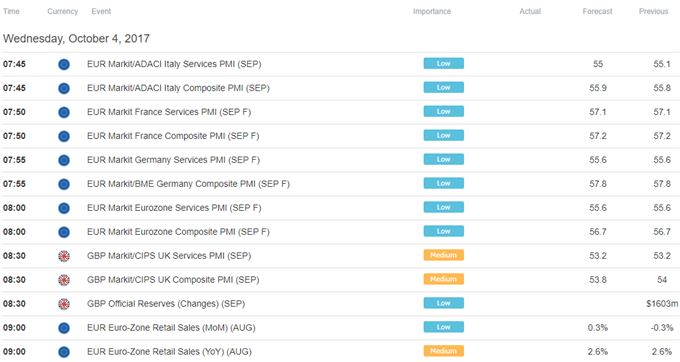