Euro May Fall as the ECB Maintains Firmly Dovish Stance

Currency markets marked time in Asian trade as investors prepared for a busy 24 hours of event risk on the horizon. Most critically, the UK general election will decide who leads on-coming Brexit negotiations and ousted FBI director James Comey will testify in Congress, which may stoke renewed US political instability worries if senior White House officials appear to be implicated in some sort of wrongdoing.

Before those pivotal outcomes cross the wires however, the ECB will deliver a much-anticipated monetary policy announcement. Traders are looking for language acknowledging recent improvements in economic performance, an upgrade in inflation forecasts and follow-on guidance foreshadowing “tapering” of monthly QE asset purchases.

To be sure, the currency bloc’s growth profile has improved. PMI survey data shows the pace of manufacturing- and service-sector expansion has not ticked lower in eight consecutive months and stands at the highest in six years. Inflation is another story however. Headline price growth recovered with oil prices last year but crude’s retreat in 2017 has seen CPI turn sharply in recent months.

Tellingly, core CPI – a measure that strips out volatile items to get at underlying price trends – has oscillated in a range since late 2013 and now stands at a disappointing 0.9 percent. Furthermore, near- to medium-term inflation expectations priced into bond markets put inflation below 1 percent, to say nothing of approaching the ECB’s target of just-below 2 percent.

None of this seems lost on central bank officials. In fact, recent commentary from ECB President Mario Draghi has pointedly stressed that now is not the time to be letting up on stimulus. Confirming as much in the policy statement and/or downgrading the official inflation forecast to show that the Governing Council is looking through the impact of oil fluctuations may weigh heavily on the Euro.

Want to follow this week’s major news-flow as it happens? Sign up for a webinar and join us live! 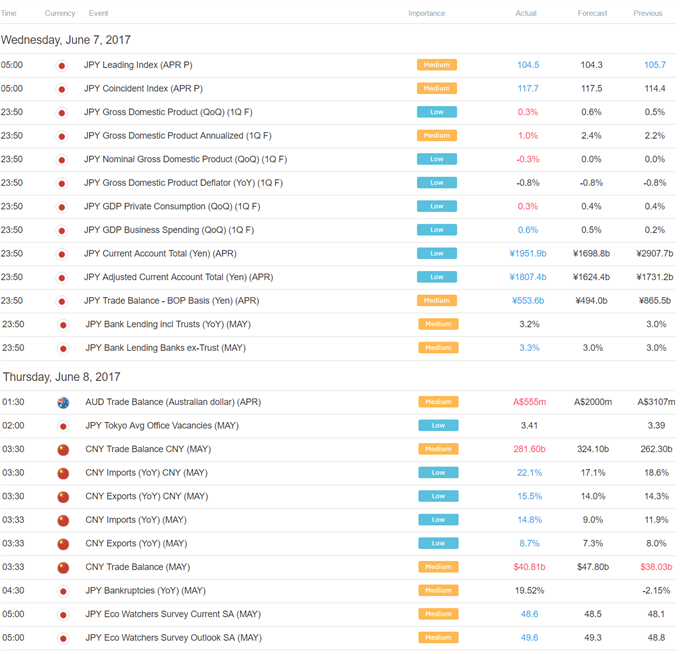 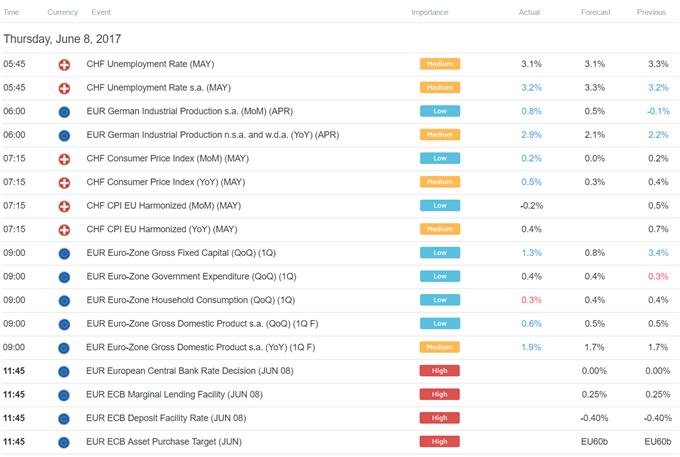