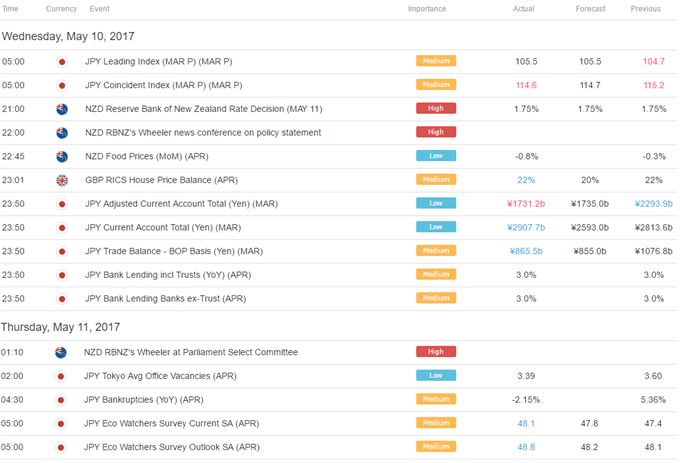 Pound May Fall as Bank of England Disappoints Hawkish Inklings

All eyes are on the Bank of England as traders brace for so-called “Super Thursday”. This is a massive offering of policy guidance that will include a rate decision, minutes from the latest meeting of the rate-setting MPC committee, an updated quarterly Inflation Report (QIR) and a presser with Governor Carney.

No change in the existing policy mix is expected this time around but the sheer volume of information due to cross the wires will almost certainly offer something for speculators to latch onto. That this release will help set the stage for next month’s UK election makes the case for volatility still more compelling.

The priced-in BOE rates outlook has shifted in the hawkish direction along the policy spectrum over the past three weeks. This happened as UK economic news-flow stabilized relative to the markets’ median forecasts following a month of deterioration.

A rate hike by August 2018 is now seen as more likely than not (albeit narrowly so). Just a month ago, traders reckoned that tightening wasn’t in the cards at least until December of next year. Needless to say, investors now look to the central bank for validation.

For its part, the BOE has maintained that the specter of Brexit-related instability encourages policymakers to err on the dovish side. More of the same this time around may disappoint nascent hawkish inklings, sending the British Pound broadly lower against its major counterparts.

Want to get live commentary on the BOE rate decision as it happens? Join the webinar! 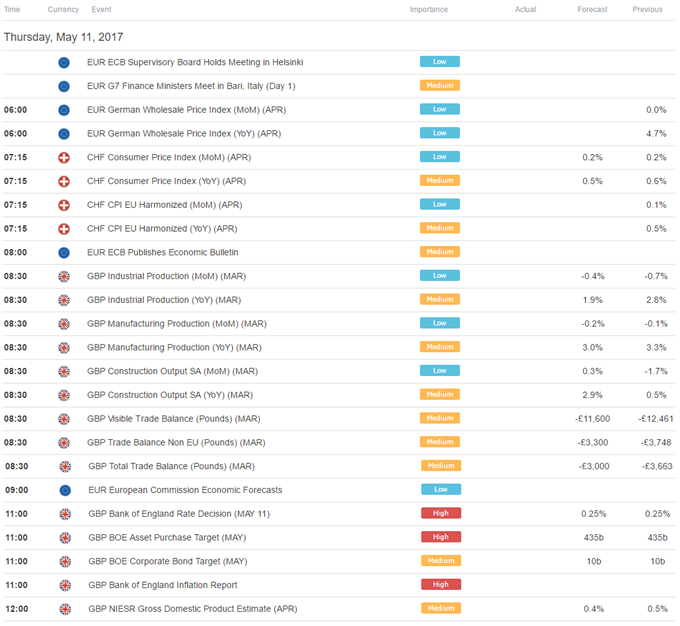