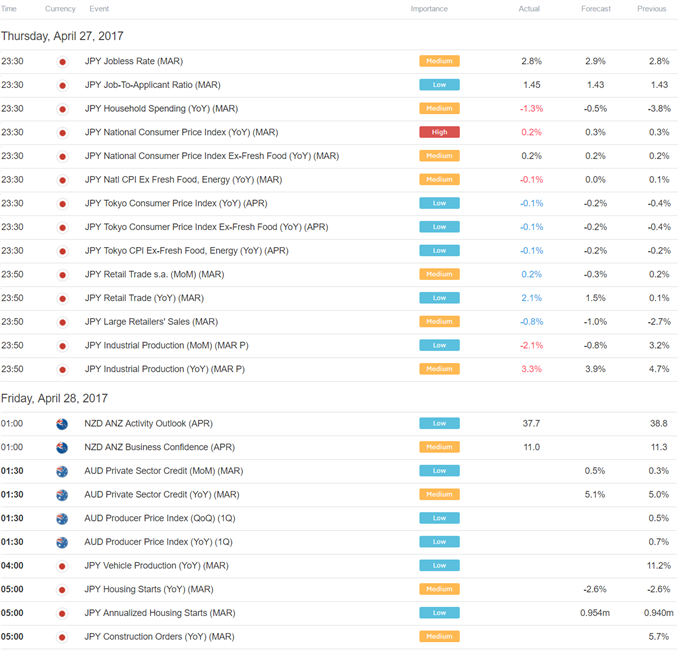 First-quarter UK GDP figures headline the economic calendar in European trading hours. Output is expected to have added 0.4 percent, marking the slowest three-month performance in a year. A slight pickup to 2.2 from 1.9 percent in the on-year growth rate will keep it firmly in line with the average trend range. While it certainly could be worse, that hardly seems like something to be excited about.

UK economic news-flow began to dramatically deteriorate relative to consensus forecasts in mid-February. This hints that the models generating analysts’ projections are proving overly rosy and opens the door for further disappointment. Strangely enough, that may actually be interpreted as a positive development for the British Pound.

The BOE has firmly established its “dovish hold” position, so the GDP print will do little to alter baseline policy bets. However, if the cooling effects of Brexit uncertainly are finally emerging, the government of Prime Minister Theresa May might be forced to moderate its tone vis-à-vis the EU lest its plan of securing a greater mandate in a June election backfires. This might soothe jittery investors.

The spotlight then turns to an analogous US GDP report. The annualized growth rate is expected to fall from 2.1 to 1 percent. The Atlanta Fed’s GDPNow model, closely-watched forecast updated with incoming economic data, has traders worried about an even more dismal result. A string of data disappointments over the past six weeks is also ominous. A soft print may cool Fed rate hike bets, hurting the US Dollar.

Retail traders are positioned for British Pound weakness. Find out here what that hints about the coming price trend! 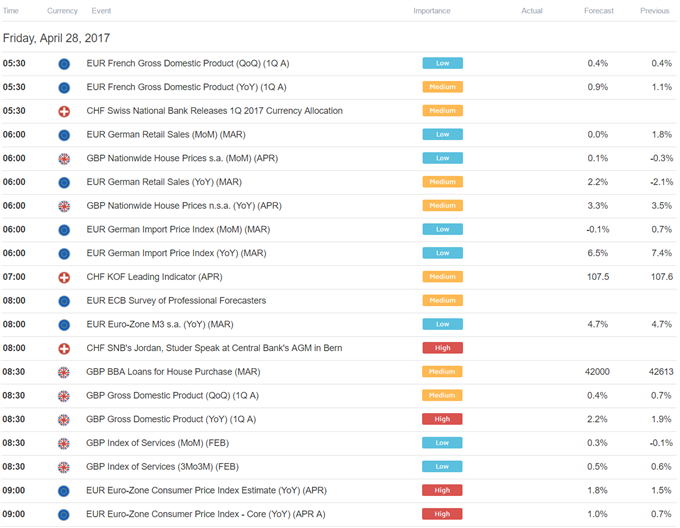