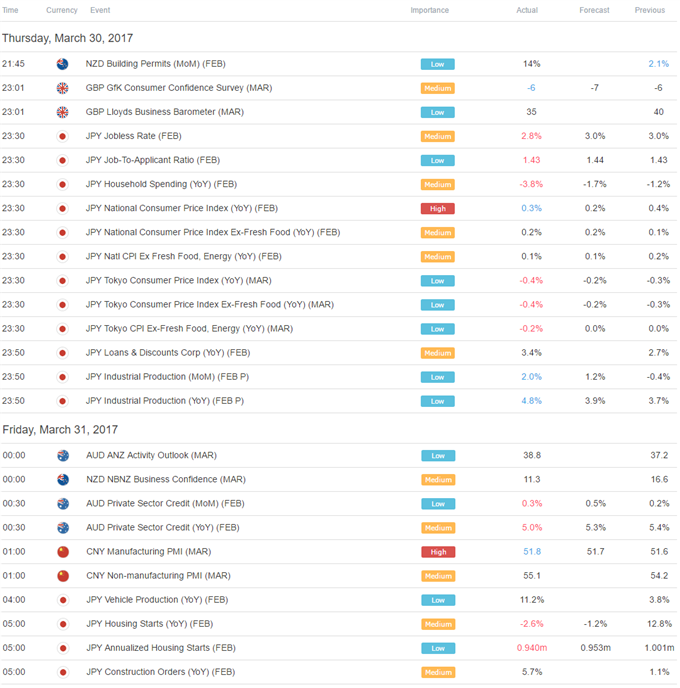 Preliminary March Eurozone CPI figures top the data docket in European hours. The year-on-year inflation rate is expected to fall to 1.8 percent, the first down tick in 11 months. The Euro shrugged off weak German CPI yesterday however (though it would sink later in the day) and today’s result may not be more potent. The policy impact of a soft print is likely limited at best with the ECB locked in wait-and-see mode.

Later in the day, the Fed’s favored PCE inflation gauge is in the spotlight. The headline reading is seen rising to 2.1 percent year-on-year in February, marking a five-year high, while the core rate holds at 1.7 percent. Yesterday’s response to a fourth-quarter GDP upgrade hints data outcomes have regained their ability to move Fed policy bets, meaning a deviation from forecasts may stoke US Dollar volatility.

The Australian Dollar narrowly outperformed in Asia, rising alongside China’s CSI 300 stock index. Shares in the world’s second-largest economy shrugged off a gloomy mood on other Asian bourses and ominous comments from US President Trump. He tweeted that next week’s meeting with Chinese counterpart Xi Jinping will be “very difficult”. A latent response to upbeat PMI data may have inspired optimism.

The New Zealand Dollar tracked local government bond yields downward in a move that seemed to reflect cooling RBNZ rate hike speculation. Disappointing economic data appeared to be the culprit after ANZ Bank reported that its business confidence barometer dropped for the second consecutive month, hitting the lowest level since May 2015. 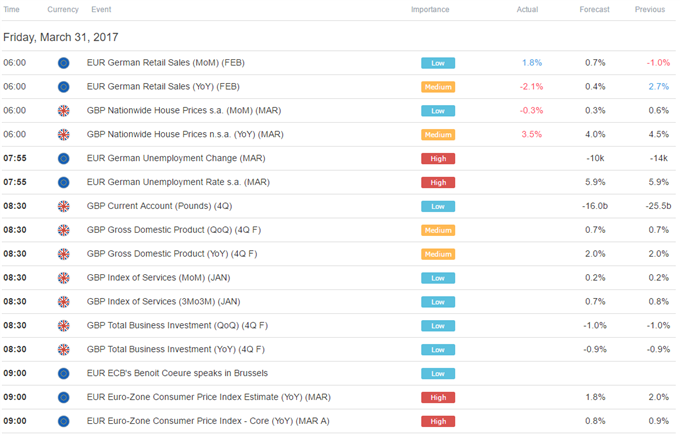